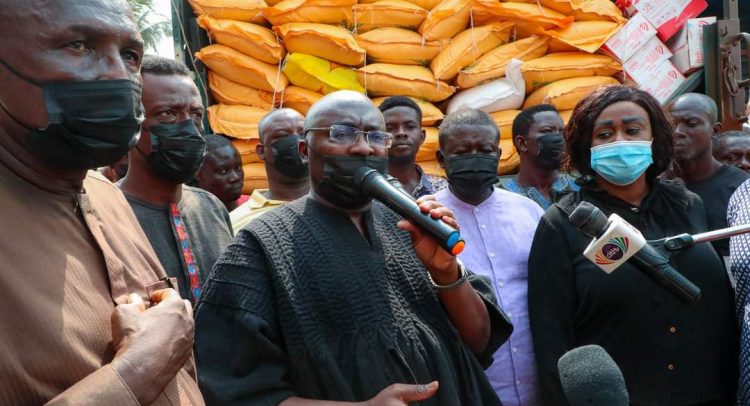 As part of moves to return life to nolmacy, government has presented an amount of GH¢200,000 to the victims of Apiate, near Bogoso in the Western Region who lost lives and properties through the explosion.

The donation is to cater for the medical bills of the victims among other things.

“We are donating GH¢200,000 to victims of the explosion. We will also offer additional support to persons who have been affected by the explosion,” the Vice President, Dr Mahamudu Bawumia, disclosed this during a visit to the Bogoso-Appiate explosion site on Friday, January 21, 2022. 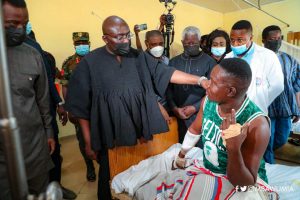 After touring the explosion site and the devastated community, the Vice President, commended the security agencies for the rescue operation.

He further expressed the government’s sympathy and assured that the community would be restored at the expense of the government.

“For the houses that have been destroyed, we are already beginning to think about how to rehabilitate and rebuild the community here. I want to assure Nananom that His Excellency has already given the directive. We have already spoken to the State Housing Corporation and are in consultation with the mining communities here. We will quickly try to put in place facilities that will help those who have been displaced. That will be a priority for us.”

A visit to some injured victims of the disaster at the Aseda Health Centre in Bogoso, Dr. Bawumia said the government will foot the medical bills of persons injured in the explosion.

Police said their investigation revealed that a vehicle transporting explosives to a mining site, Chirano Mines collided with a motorcycle, resulting in the explosion.‬

Meanwhile, the government has deployed a joint team of police and military ballistics experts to examine the situation and put in place the requisite measures to forestall a secondary explosion.