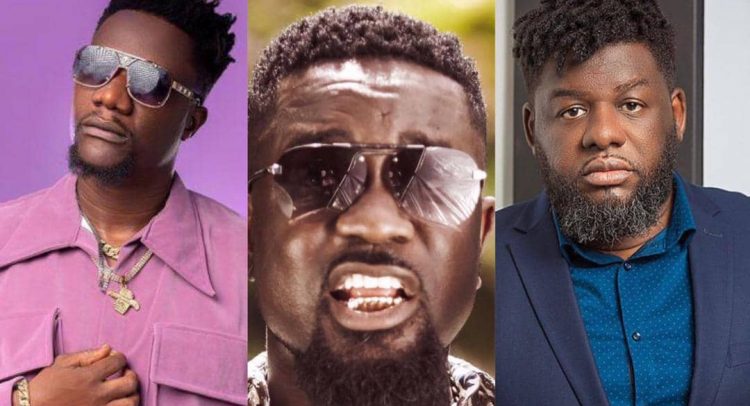 Artiste manager, Lawrence Asiamah Hanson popularly known as Buldog has advised rapper Obibini to apologize to Sarkodie for not including him in his five best top rappers.

Obibini who was last week engaged in lyrical battle with fellow rapper, Amerado has come under heavy criticism after he put out a list of his best rappers in Ghana without Sarkodie who has been widely accepted as Ghana’s most decorated rapper.

“Sarkodie is one of the top guys but I don’t know if I’ll make a list, maybe top ten, I will put him in. He will not make top five”, he added on TV3 when he dropped the list.

Pressure mounted on him to add Sarkodie to the list however proved futile.

He has since been defending himself that the names he listed had nothing to do with hate for Sarkodie as some people have been trumpeting.

But in an interview with Hitz Fm on Monday morning, Bulldog believes that Obibini hasn’t been fair with Sarkodie.

This is because in his song titled Balenciagas which featured Sarkodie, he rated Obibini as one of his favorite rappers. It is therefore fair to returned that favour.

“If Sarkodie treats you on that level, you should throw back that respect. That is how the game is, you understand? So learn the game, it is not about what you feel or not,” Bulldog advised.