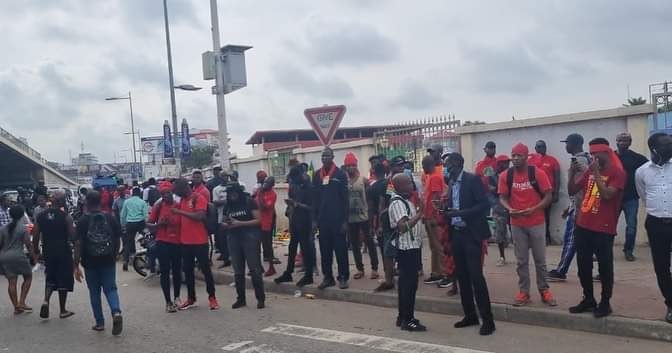 Members of the Arise Ghana, a pressure group associated with the opposition National Democratic Congress (NDC) have hit the streets of the capital to express their dissatisfaction against “persistent and astronomical hikes in fuel prices.”

According to them, the increment has “imposed excruciating economic hardships on Ghanaians”.

Members and sympathizers of the group, mostly NDC members arrived at 8- 10am at Obra Spot in Accra, mostly clad in red and black with others gathered at the Kwame Nkrumah Circle for the protest dubbed ‘KromAyeShe demonstration’. 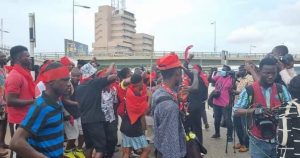 The protest comes after an Accra High Court had ruled that the demonstration should take place between 8am and 4pm on the route proposed by the Ghana Police, instead of running the demonstration into nightfall. 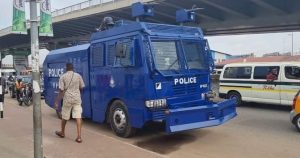 The ruling by the Court followed an application by the Police which said the initial plan by organisers of the demonstration to picket at the seat of government till about 10pm on Tuesday, did not augur well for the safety of the demonstrators and the rest of the public