Arsenal Return To Top With Comfortable Win At Brentford 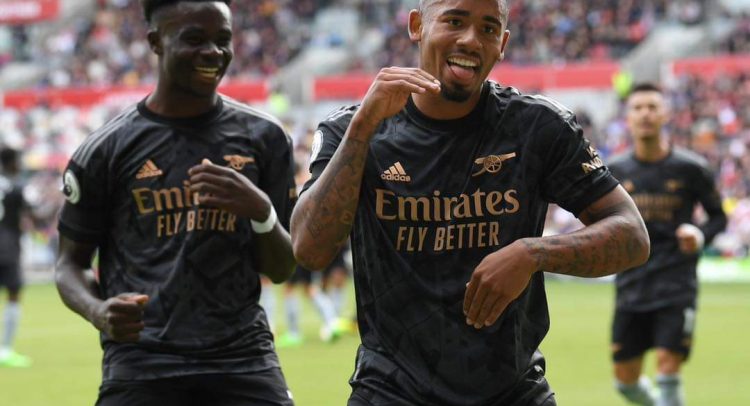 Arsenal returned to the top of the Premier League with a comfortable 3-0 win over Brentford.

Centre-back William Saliba got the Gunners going early with a header from a Bukayo Saka corner after 17 minutes.

Then 11 minutes later Gabriel Jesus doubled the visitors’ lead with a powerful header from an excellent Granit Xhaka cross. How Xhaka found himself in so much space right on the edge of the Brentford box will remain a mystery.

The home side were woeful in the first half, with the usually boisterous crowd virtually silent throughout.

The Bees did find some joy in behind ersatz right-back Ben White, but goalkeeper Aaron Ramsdale was never tested.

Any hopes that the home side could regroup after the break was swept away when Fabio Vieira scored Arsenal’s third.

Vieira, making his first start for the club after joining in the summer, hit a sensational long-range strike that dipped and clipped the post on its way past David Raya.

Brentford improved in the final moments, but barely mounted a single attack of consequence in a surprisingly poor performance.

Arsenal head into the international break atop the Premier League, and face rivals Tottenham in their first match back.