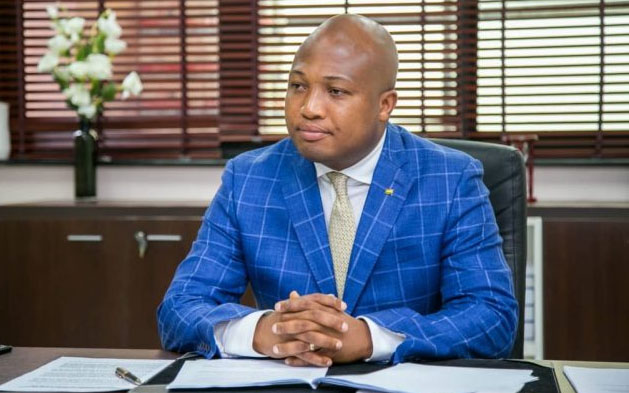 The Attorney General and Minister of Justice, Godfred Yeboah Dame, has descended heavily on the National Democratic Congress (NDC) Member of Parliament for North Tongu, Samuel Okudzeto Ablakwa over claims that the former’s appointment as Secretary of the National Cathedral of Ghana amounts to conflict of interest.

Mr. Ablakwa on Tuesday, June 21, posted on his Facebook wall that Mr. Dame who was then the Deputy Attorney General was registered as the Secretary of the National Cathedral and at the same time served on the board of the Public Procurement Authority (PPA), which approved the single source appointment of David Adjaye for the architectural design of the facility.

“It is quite revealing to observe that when the National Cathedral was incorporated on July 18, 2019, the then Deputy AG, Godfred Dame was registered as Secretary. During that same period, he served on the board of the PPA which approved Adjaye’s irregular sole sourcing contract,” the MP posted.

The AG in a press statement has described the allegation as completely dishonest, which have spurred other members of the public to make similar statements about him either out of ignorance or plain mischief.

Mr. Dame noted that approval of an application to single-source Sir David Adjaye & Associates was granted by the Public Procurement Authority (PPA) on December 13, 2018, while the National Cathedral of Ghana was incorporated as a company limited by guarantee (non-profit making entity) on July 18, 2019.

“Quite clearly, at the time of the approval by PPA (on whose governing board I served in my former capacity as Deputy Attorney-General), no company known as the National Cathedral of Ghana had been formed for me to be Secretary of, or have any purported interest in to declare. I could not have had a so-called interest in a non-existent company,” he stressed.

He said if Mr. Ablakwa had cared to read or examine the relevant documents well, as he should have, this plain fact would not have been lost on him.

Mr. Dame continued that the incorporation status of the National Cathedral of Ghana as a company limited by guarantee makes the company a not-for-profit entity under Section 8(1) of the Companies Act, 2019 (Act 992), even so under section 10(1) of the repealed Companies Act, 1963 (Act 179) which was the law in force at the time of incorporation.

“I am neither a registered director nor a subscriber (member) of the National Cathedral. My status as Secretary to the company at incorporation was solely on account of my status as Deputy Attorney-General, and the company was set up by the State in exercise of its full capacity. In fact, the registered subscriber (member or owner) is the Ghana Museums and Monuments Board, an organ of State,” he said.

He indicated that “no issue of conflict of interest arises by virtue of my status as Secretary to the company. Article 80(3) of the Constitution prohibits a Minister of State from holding any other office of profit or emolument whether private or public unless with the permission of the Speaker. The National Cathedral, registered as a company limited by guarantee is a not-for-profit entity. My role as Secretary is thus not caught within the ambit of Article 80(3). In any event, I have never received any emolument in my capacity as Secretary to the National Cathedral of Ghana.”

Mr. Dame said his role as Secretary (not a director or member) to a not-for-profit company owned by the state does not present him with any personal interest which conflicts with the performance of his functions as a Minister, adding that even in respect of companies limited by liability (profitmaking entities), the state regularly appoints public officers, including Ministers, to serve as members of the board of directors to protect the public interest where the state is a shareholder.

“I consider the allegations by Mr. Okudzeto Ablakwa malevolent and ill-inspired for the simple reason that a cursory examination of the facts would have revealed the untruth in them. I call on the Member of Parliament to retract and apologise to the public for the falsehood he has published against me, failing which I may institute legal action against him,” Mr. Dame added.