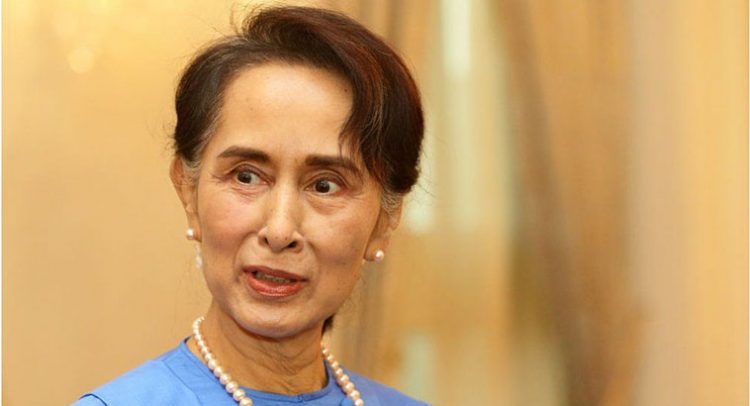 The Nobel Peace Prize laureate has faced an onslaught of legal charges since being detained on February 1, last year after her government was overthrown in an early morning coup by the army.

The 76-year-old was given a two-year sentence for breaching the export-import law by importing and owning walkie-talkies, and one year for having a set of signal jammers.

Both sentences will run concurrently.

These charges stem from when her house was raided on the day of the coup.

The court also handed down a further two-year sentence for breaching the natural disaster management law related to coronavirus rules while campaigning.

Suu Kyi was convicted last month on two other charges — incitement and breaching COVID-19 restrictions — for which she was given four years in jail.

The head of the country’s military junta Min Aung Hlaing later halved that sentence and said she could serve her term under house arrest in the capital Naypyidaw.

All the charges against her together carry a maximum sentence of more than 100 years.

Her supporters say the charges against her are baseless and contrived to end her political career while legitimizing the military takeover.

“This is not a surprise at all. The military regime is trying every possible way to lock down Aung San Suu Kyi away from Burmese politics,” she said. “These are all excuses.”

“We are not surprised but we are very sad that one of the leaders of our country are being kept away from us and from the people of Burma who are now being attacked and killed daily.”