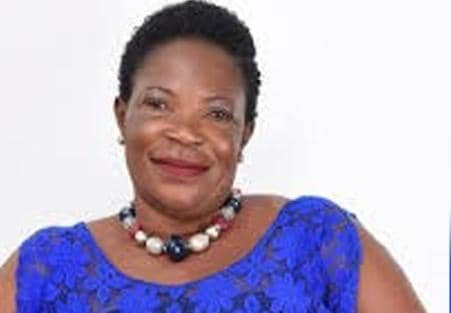 The National Executive of the ruling New Patriotic Party, NPP, has reversed the suspension of the Eastern Regional Women’s Organizer, Fati Vandolie and reinstated her with immediate effect.

The Eastern Regional Chairman of the NPP, Kiston Akomeng Kissi, suspended the Regional Women’s Organiser, Fati Vondolie a year ago.

A letter dated December 22, 2020, and signed by the Regional Chairman, Kingston Akomeng Kissi, stated that the suspension was with immediate effect.

“I write to officially suspend you from all activities of the party henceforth with immediate effect. This is due to your gross insubordination and disregard to regional steering committee’s directives”.

The letter also stated that “You are further requested to submit all party properties in your possession to the Regional Chairman with immediate effect.  This issue is further referred to the Regional Disciplinary Committee for ratification and or further action”.

Owing to this, the National Executive Committee of the NPP, reversed the arbitrary suspension after further investigation.

The Committee has therefore directed for the immediate reinstatement of the women’s organizer to continue her work.

A letter dated December 16, 2021, written and signed by the General Secretary of NPP, John Boadu stated that “With reference to the petition from the suspended Eastern Regional Women’s Organizer of the Party, Fati Vondolie, dated May 3, 2021, I write to inform the Regional Executive Committee, that the National Executive Committee of the party, at its meeting on Wednesday, December 15, 2021, unanimously accepted the recommendations of the National Disciplinary Committee to reinstate the suspended Regional Women’s Organizer, Fati Vondolie “.

The letter continued that “the decision was taken after the National Executive Committee of the party deliberated on the report of the National Disciplinary Committee, which sat on the said petition in line with the party’s disciplinary and grievance procedures as enshrined in Article 4 of the Party Constitution.