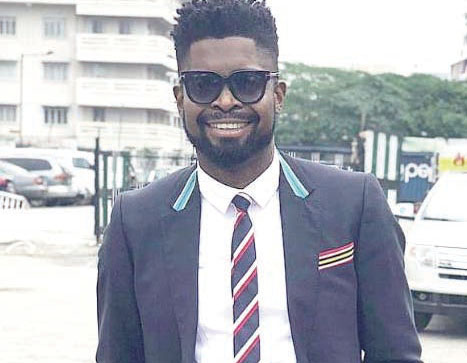 Ahead of the upcoming Glo Laffta fest comedy show on Sunday, August 12, 2018, artistes billed to perform at the event have promised to shut down the city with sterling, never-to-be-forgotten performances at the Fantasy Dome, Accra.

Ghana’s finest comedian, DKB, and some of the most respected stand-up acts out of Ghana, including Gordons, Basketmouth, have promised an evening of full dose of laughter for Glo subscribers and invited guests at the Glo Laffta fest event at Fantasy Dome at Trade Fair Centre.

The comedy show is scheduled to herald the Glo mega shows, a marathon mix of music and comedy, slated to run between August and October.

The events are also to hold at the Fantasy Dome. After the Laffta fest event of Sunday, August 12, the Glo mega music show will come thereafter on Saturday, August 25, 2018 at the same venue.

Gordons, speaking from his Lagos, Nigeria base, disclosed that he is looking forward to the first show on Sunday, August 12.

The ‘Berlusconi’ of comedy and the ‘bishop of Osusu ministry’ did not hide his eagerness to entertain Glo subscribers at the event.

“I am all ready and prepared for that show in Accra and I hope the good people of Accra are equally ready to enjoy an excellent dose of rib-cracking comedy for myself and other guys featuring on that show. It is going to be memorable,” he said.

“It is going to be a huge event and an excellent platform to give the people what they won’t forget in a hurry. I’m looking forward to that first show especially and can’t wait for that day. I hope the residents of Accra, most especially Glo subscribers, are also set to be entertained like never before,” he stated.

On his part, DKB, whose profile continues to rise in Ghana and even Nigeria, disclosed that he has been preparing for the event and is expecting the August 12 date with so much enthusiasm.

“I am ready for that show and I want to assure everyone that it is going to be a wonderful and exciting night of comedy, laughter and fun,” DKB said.

Basketmouth expressed his preparedness for the Laffta fest event, saying, “My bag is packed ready for that first show in Accra. Kindly tell the people that those who are ready to laugh should come early to the venue. I promise to be the best of Basketmouth on that day.”

Patrick Salvador Idringi, the popular Ugandan comedian known to many across the continent by the stage name Salvador, has also sent words from his Uganda base.

“Tell my people in Ghana that I’m going to be in Accra live on Sunday August 12. Let us meet at the Fantasy Dome and get to share some good jokes to ease the tension and laugh as much as our cheeks can allow. I am promising them that it will be the most worthwhile experience,” he said.

The Lafftafest event is the first of the mega shows organised by Glo Mobile Ghana. Also on parade apart from DKB, Bovi and Gordons are some other fantastic comedians like Foster Romanus, Basketmouth, Jacinta, Salvador, Khemical, Seyi Law, Dan D Humorous and Senator.