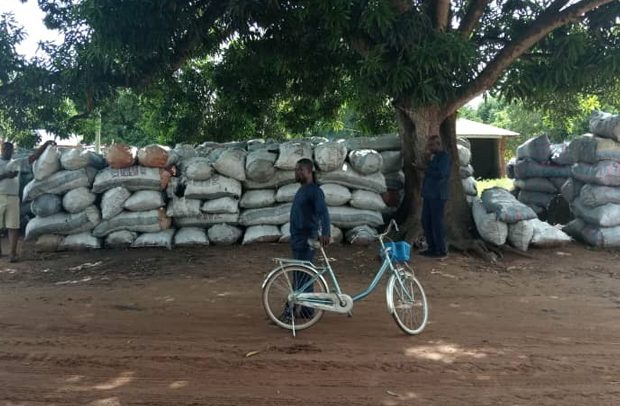 Chief accused of selling rosewood at Bassa for charcoal

The youth of Bassa Traditional Area in Sene East District of the Bono East Region have expressed disgust at the rate at which Fulani herdsmen are cutting down rosewood to produce charcoal.

During a press briefing, the youth mainly from communities such as Bassa, Kwameduro, Premoase, Nyankontere and Nkeita Kurom accused the paramount chief of Bassa Traditional Council, Nana Owusu Sakyi III, of selling all rosewood trees to the nomads at the expense of the indigenes.

Samuel Antwi, who addressed the media at Bassa claimed the chief was profiting from the activities of the Fulani herdsmen to the detriment of his subjects.

He said the nomads, who now control the land, are cutting down trees indiscriminately, claiming the Fulanis are prepared to kill anybody who protests against their activities.

Mr. Antwi said they have asked the chief to account for all monies collected from the Fulani herdsmen or else they would advise themselves.

Nana Owusu Sakyi later denied the allegations and accused the youth of trying to tarnish his image because he (chief) spoke against their nefarious activities.

“Some of the youth have been harassing the Fulani herdsmen and extorting money from them and when I asked them to stop, they to offence,” he added.