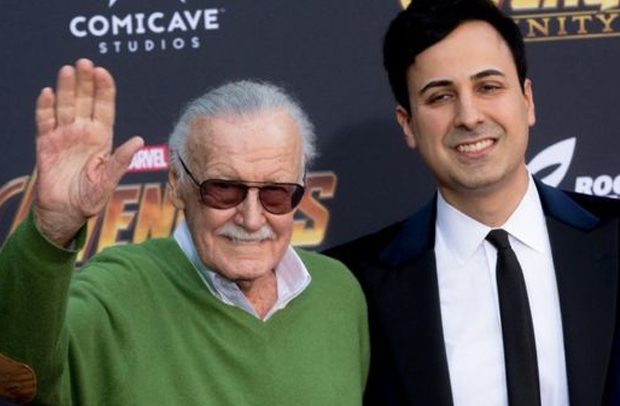 The former manager of late comic book co-creator Stan Lee has been charged with elder abuse against the late writer.

Keya Morgan is facing five counts of abuse against Lee – including false imprisonment, fraud and forgery – all stemming from an incident last summer.

A spokesperson for Los Angeles Superior Court confirmed an arrest warrant for Mr. Morgan – who is yet to comment – had been issued.

Lee, who first helped dream up ‘The Fantastic Four’ for Marvel Comics in 1961 and went on to co-create titles, including ‘Spider Man’ and ‘The Incredible Hulk’, endured faltering eyesight and memory loss towards the end of his life.

His final few months were marred by conflicting claims over who was running his affairs.

New York memorabilia dealer Mr. Morgan, 42, became close to Lee after the death of his wife, Joan, who died in 2017, also aged 95.

This culminated in a judge granting a restraining order brought by Lee’s family, after Mr. Morgan was accused of moving the magnate out of his home at midnight to isolate him from his caregivers.

Speaking to Variety at the time, Mr. Morgan denied the accusations.

A previous attempt to obtain a restraining order had been rejected after the attorney pursuing the order, Tom Lallas, was accused of acting without Lee’s consent.

The superhero creations Lee helped to inspire have since formed the foundation of Marvel’s record-breaking cinematic universe. The most recent release, ‘Avengers: Endgame’, broke box office world records and became the fastest film ever to break the $1 billion barrier, doing so in just five days.