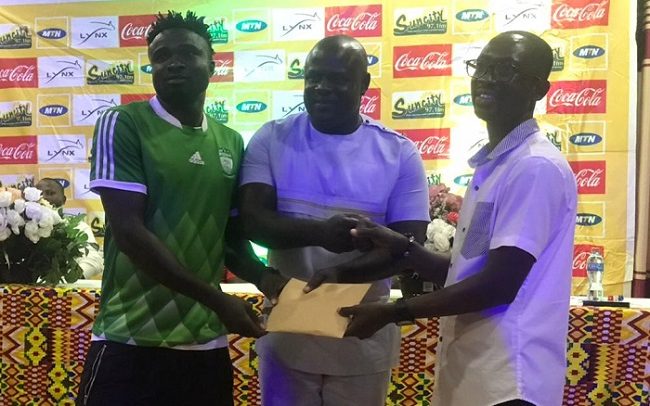 The Presidential Staffer, Economic Advisor and Spokesperson to the Vice President Mahamudu Bawumia, Gideon Boako, has donated GH¢10,000 to Tano Bofoakwa Football Club in Sunyani in the Bono Region.

The aide to the Vice President through the Bono Regional Communications Director, Asare Bediako Seth, on Wednesday, donated the amount to the team in fulfilment of earlier pledge he made ahead of their last match in Berekum against Berekum Arsenals.

He met with the players and management of Bofoakwa and   encouraged them ahead of their deciding encounter with Berekum Arsenals saying, “I want to encourage you all to give out your utmost best, fight as if your lives depend on this match.”

In an interview with the press, he said the donation was to support the club and also aid them as they make preparation towards next season.

The Operations Manager for Bofoakwa, Alphonse Cudjoe, who received the amount, expressed their gratitude to the donor for his kind gesture and assured him that, the money will be used judiciously to yield better results for the team.