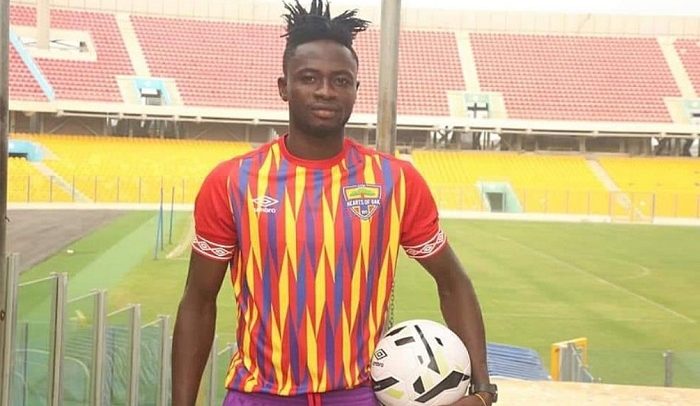 HEARTS OF Oak Skipper, Fatau Mohammed, has revealed the secret to his steady incredible form.

According to him, he adopted a strategy to train on his own after Heart’s training sessions, to hit the top form.

Fatau said at a point he lost his position in the Hearts team, and that made him to think and worry a lot.

The Hearts captain said he was eager to regain his place in the team so he started to train on his own to hit form.

“I was a bit worried when I lost my place in the team and warmed the bench during games at a point in the season.

“As captain of the club, I am supposed to lead the team on the pitch and not sit on the bench so I started to train hard.

“I decided to train on my own after every Hearts of Oak daily training, and that helped me to hit top form,” he said.

Fatau also said he is harnessing a dream to get a call up into the senior national team, the Black Stars very soon.

Speaking on Wontumi TV in Kumasi, he said he would not relent on his oars, promising to sustain his hard work.

Fatau said it is every footballers wish to play for the senior national team, “so I will train hard and achieve my dream.”