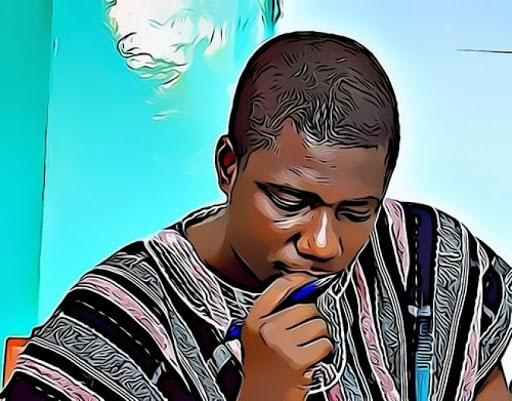 I chose a profession that survives on how fast and reasonable the pen moves on a paper, at least, in times past. Today, there hasn’t been much difference in this field, except for the added advantage of technology.

Ghana’s media landscape in itself, like we have in any part of the world, has gone through different stages of evolution, influenced by the changing patterns of human society brought about by development, evolution of technology and innovation.

Our media has a ‘chequered history’, going through the turbulent times of surviving harsh political regimes and sailing through successfully. Media personalities have had to devise some ‘ways and means’, including employing the use of pseudonyms, to survive in their quest to practise journalism in time past.

The media landscape was dominated by newspaper publication for over 60 years until the liberalisation of Ghana’s airwaves began in 1996, which brought in its wake broadcast pluralism.

The liberalisation of the airwaves also brought into the country a symbiotic relationship between the broadcast media and newspapers which created ‘its own celebrities’.

For some of us younger folk, two names that had had to survive through the hazy days of ‘media brutalities’ and yet decided to stay on course, without allowing themselves to be attracted into the fast-food newspaper/broadcast world of celebrities include the political editor of The Daily Statesman, Mr. Christian Randolph Lartey, and the chief news editor of Daily Guide, Alhaji Abdul Rahman Gomda.

Chris Lartey and AR Gomda, as these two are affectionately called, are the kind of writers whose mastery and command over the Queen’s language and the ability to mix vocabularies together and play with words make you wonder how the thought of what they are writing could ever appear in the mind of a mortal being.

Their ability to relate past events, current events; or relate from fiction stories, applying onomatopoeia, etc, and put them all together in a single story, and saying so much while using very few words, can make you question your own self and wonder if it is the same kind of profession they are practising that you are also in.

If ever in my life there were times I felt so fulfilled in this chosen field, it was the time I had the rare opportunity of meeting these two in person, had the opportunity to touch them, speak with them and read their raw unpublished works. Maybe unlike Young Sheldon, I did not have to jump and shout for meeting my Dr. John Sturgis, I still would need to get the right word in describing my emotions after those meetings (maybe from they themselves).

As an ardent reader of the two newspapers, I had always wanted to meet the faces behind their editorials, which I never miss to read. Not because of the information they put out, albeit very relevant, timely and necessary to the context at the time, but the diction, tone, word play, clarity, conciseness, vocabularies, the proverbs, adages, figure of speeches used and emotions it elicits when reading them.

I had met Mr. Lartey a couple of times at the office of The Daily Statesman, as the Eastern regional correspondent of the paper. He had patted me on the shoulder a couple of times and had urged me to push on. But the intimate encounter I had with him was when I had to speak to someone who practised in the 90s to the early 2000s for my media law and ethics term paper. The humble Chris Lartey’s name readily came to mind at the time I had not even engaged him that much. My encounter with him revealed the other side of him that I never knew.

Taking his time like a father and a son sitting in the couch, looking at the stars and having late night discussion about the future, he took me through the hazy days of journalism. I had read a lot about how risky it is to practise this profession, but this was me listening first hand from someone who experienced it, saw it and narrating it directly to me in the face.

He had cited Kofi Coomson, his boss; Kweku Baako, another senior, Eben Quarcoo and Tommy Thompson, who he had also taken modest inspiration from as much as earlier sages – some dead, others alive – including Minister Prof. Kwesi Yankah (Woes of a Kwatriot) and Carl Mutt; and Adjoa Yeboah-Afari as well as living legend Elizabeth Ohene.

Mr. Lartey has a unique style of playing with words. I have tried on a few occasions to copy his style and in all the occasions, I have failed woefully at it. He is the kind of writer who uses movie stories, book titles to relate fiction with real life and make it look so nice that you wish you never finished reading it. When I started my column in The Daily Statesman, following the advice of my loving father and editor, Kwabena Amankwa, Mr. Lartey was the first to challenge me to do more than I was doing. My first article for the column Two Slaves Against Rome was actually his title. I had chosen The two Vrs The Multitude for the title and sent it to him for editing. The article came back complete transformed and in a different form, far better than what I had done.

If there is a father I never had and whom I would love to learn from always, Mr. Lartey has always been there. When I needed a recommendation from the workplace for my Graduate Students Association of Ghana (GRASAG National) General Secretary position, he wrote the best form of recommendation I have ever had from anybody– oral or written– for me, and I cannot thank him enough.

I call him the ‘headline man’. Alhaji, as we all call him in the newsroom, is careful with even the letters to use in his headlines. I worked briefly under him during my academic internship at Daily Guide for the award of my Master’s in Communication Studies. He is the man who uses a single word as a headline and yet can write a full book out of it. Alhaji’s mastery of headlines and presentation of facts in his write-ups will leave you in awe. Like Mr. Lartey, there is nothing like a bad story in the books of Alhaji or not enough information. His ability to create life out of a lifeless story makes one wonder the kind of brain he has in his head. And he is one person who makes me always miss the Daily Guide Newsroom. Sitting behind the proofreading desktop computer, it was always a passion to proofread the editorial and Alhaji’s works. His usage of military jargons and historic antecedents in his write-ups always make me want to read from him.

If there is something I have learnt from these two, it is the fruity of their write-ups.

Albert and Comfort Ocran define legacy in their popular book ‘101 Keys to Achievement & Fulfillment’ as “something handed down from one to another or a situation that exist today because of events or actions in the past”.

The book of 2 Kings 4:3 a (KJV) states “then he said, Go, Borrow thee vessels abroad of all thy neighbours”. Pastor Dr. Mensa Otabil explains these vessels from neighbours as learning from others and getting from them what you do not have.

These two have become relevant vessels for me to borrow. If there is something these two can be sure of on any day– dead or alive –it is the lasting impact they have had directly on me.

The desire, passion, zeal and anxiety to one day become just like them, write flawlessly like them and to be able to mix soothing words to make them sound appealing is something I definitely could not have gotten from anywhere except from them.

It is important to know that true success is not just about the achievement of one’s personal, career and financial objectives, but also involves touching others with your life and actions. That, these two have rightly achieved, and which is directly touching my life.

The dream is still on to one day BECOME A CHRIS LARTEY OR AN AR GOMDA.