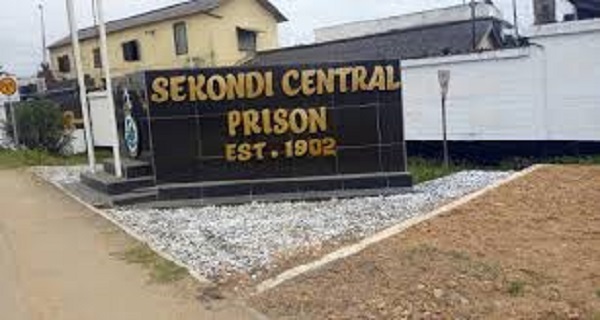 Inmates at some prisons in the Western Region, including the Sekondi Central prisons, are said to be battling bed bugs infestation.

Reports indicate that inmates are regularly taken ill as a result of the insect bites and have to be sent to the infirmary for medical attention.

He, however, indicated that Zoom Lion Company Limited hasshowed interest in fumigating the cells at Sekondi, Ekuasi, and the rest of the prisons.

He said compounding the situation, was the fact that most of the beds and mattresses in the cells are in bad conditions.

He said the lack of enough drugs for first-aid treatment of inmates at the infirmary was another challenge confronting prisons.

He also complained about the poor quality of food being served to the prisoners and the intermittent water shortages the inmates are confronted with.

He indicated that even though an organization had constructed a borehole for the inmates at the prisons, it was not enough and appealed to institutions and individuals to come to the aid of the inmates.

“Now the president has eased the COVID-19 restrictions and so people have started visiting the prisons to donate various items to the inmates”, he added.

“We need more toiletries, particularly soaps and the rest”, he pointed out.

He made this known when members of the Sekondi Diocese of the Association of Men’s Fellowship presented assorted items to the prisons.

Assistant Chairman of the Sekondi Diocese of the Association, Paul Lawrence Appiah, noted that it was incumbent on all to assist the country’s prisons as much as they can.

According to him, anybody, irrespective of his or her status in life can go to prison and citing the biblical Joseph and the late Nelson Mandela, former President of South Africa who was once a prison inmate.

He described the GHc1.80 a day feeding fee for an inmate as woefully inadequate and appealed to the government for an increment.