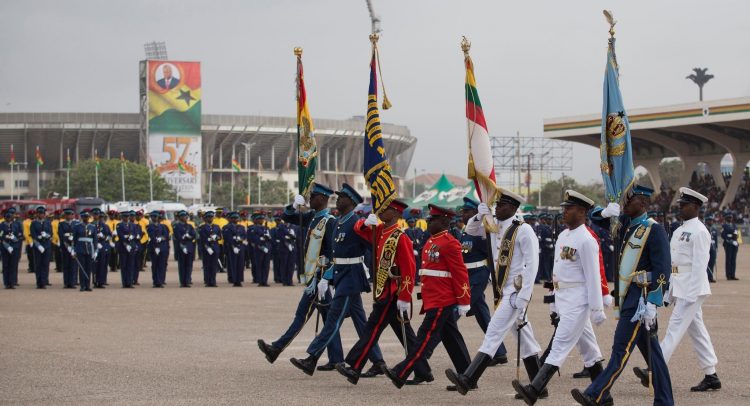 Ghana today commemorates its 63rd anniversary of independence from Britain after ages of colonialism.

It is a norm on a day like this to make merry and listen to speeches from our leaders which is exactly what we are doing today in Kumasi.

We must congratulate the President on the novelty of rotating the epicentres of such national celebrations across the country; the benefits from this novelty are varied and their value unquantifiable. As a trailblazer worthy of emulation by successive presidents, it has the potency of imbuing in the people where the celebration by the President is taking place a sense of belongingness to corporate Ghana.

Today the President would definitely lead us to reflect upon how far we have come since independence.

With his sight locked on the infrastructural deficits in the country, we can easily deduce how much the country has not done to benefit sufficiently from its extracted resources over the many years that it gained independence.

Under the first President, a number of ambitious projects were commenced, among them being the various state productive institutions such as the Workers’ Brigade, State Farms Corporation, State Distribution Corporation.

It is a fact that the benefits that should have been realized from these novelties did not meet the expectations of Ghanaians.

The military regimes which came into the life of the country and subsequently the entry of the P(NDC) have all arguably impacted negatively on the progress of the nation.

At a time when the President should have been tackling virgin areas, he is preoccupied with the many development deficits.

Today, as we watch the parade and reminisce the lowering of the Union Jack and the hoisting of the freshly crafted nation, let us reflect on the sacrifices of our forebears.

Let us rededicate ourselves to the service of the nation because without the sense of patriotism, which drove the foremost nationalists to achieve what they did, we would not make progress as we should.

Let them who out of their obsession for political power at all cost, even if the country should burn because of their myopic stance, remember that without the terra firma Ghana in existence, peaceful et al their efforts would be senseless.

Sixty three years is such a long time that lessons in patriotism should have long sunk in us.

Here we are today basking under the nonsense of threats of the country burning if somebody suspected of being involved in a scandal is invited by a state institution for questioning.

It is a mark of immaturity when a creature of the Constitution, the Electoral Commission, is harassed by a group of Ghanaians because it is performing its constitutional role.

It is unacceptable that after six decades of our ownership of our flag and constitution, some of our compatriots mismanaged the resources of the state when they were at the helm.

Long live Ghana and may the next celebration be observed in Ho, the Volta Regional capital, with President Akufo-Addo taking the salute from security agencies and schoolchildren from the region.