Beware Of Jokers In The Pulpit 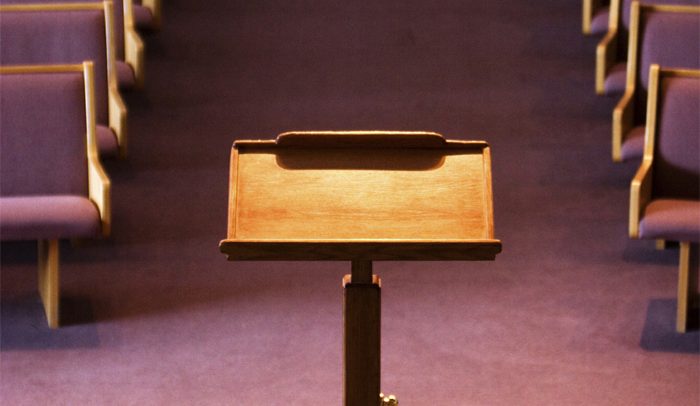 A PERSON who takes up the Bible to preach is often called an apostle, a prophet, an evangelist, a pastor/bishop or teacher of Jesus Christ throughout the world. Of course, the Church of Christ Jesus is given the five major ministry gifts aforementioned for the equipping of the saints for the work of the ministry.

But there is the need for us to be aware of the prevalence of false ministers who have sneaked into the Church. Not everyone who preaches in the name of Jesus Christ is of Jesus Christ. There are so many false preachers in the world. They are not called, prepared, anointed and sent by God to labour for the advancement of the heavenly Kingdom.

The Bible contains various passages that talk about the activities of false apostles, prophets and teachers. They are in ministry purposely for money, fame and power; they never abide in the sound doctrine of Jesus Christ. Thus the apostle Paul wrote to differentiate between true and false ministers saying, “For we are not like so many, peddlers of God’s word, but as men of sincerity, as commissioned by God, in the sight of God we speak in Christ” (2 Corinthians 2: 17).

It may be difficult for members of the unbelieving world especially journalists to clearly distinguish between true and genuine men of God and appropriately designate them in their reportage, but God knows those who are His. And mature Christians who are trained in the Word of righteousness also can identify who false prophets and teachers are.

True servants of Christ know that the Christian ministry is not a matter of joke but a serious soul-winning business. They know that they have been called into a holy, high and heavenly calling and so have no space for crude joking, profanity and debauchery. They know that they are placed in noble offices to discharge divine duties for the freedom of men, women and children to the glory of God.

The Lord Jesus Christ who places His servants in ministry offices does not leave them to do what they want. Rather, His servants do what He wants. He gives commandments which His servants gladly obey with reverent fear. And so a true Pastor will always caution believers to be wary of false ministers and jokers who mount the pulpit to lead people astray.

A preacher who fails to hear the voice of Christ, follow Him and teach His commands to make believers under him or her to repent of their sins and be guided to conform to the image of Christ is just joking. A minister who claims to serve Christ Jesus but refuses to hear and obey His voice is a dangerous hypocrite; such a person is a deceiver and an antichrist.

A man of God who refuses to preach and teach the Word of truth, the gospel of salvation by which sinners believe in Jesus Christ and receive the promised Holy Spirit, but always mounts the pulpit to give out lotto numbers for his congregants to stake for them to make money is a joker.

A prophet who always preaches and teaches from the Old Testament without bearing witness about Christ for his hearers to know and grow in Christ, but always boasts of his cars, houses, wardrobe and investments is a big joker in the pulpit.

And serious Christian ministry is not about an apostle gathering some boys to play noisy music for people to dance before their boyfriends and girlfriends. That is concert in concept and idolatry in execution.

However, a true Christian music is structured and presented to worshippers to: “Let the word of Christ dwell in you richly, teaching and admonishing one another in all wisdom, singing psalms hymns and spiritual songs, with thanksgiving in your hearts to God” (Colossians 3: 16).

“And do not get drunk with wine, for that is debauchery, but be filled with the Spirit, addressing one another in psalms and hymns and spiritual songs, singing and making melody to the Lord with your heart” (Ephesians 5: 18).

A serious minister of God who is mindful of his holy calling sees the Word of God and the Spirit of God as the two important guarantees for acceptable music performances to God. All unnecessary noise making and sexually suggestive dancing moves are excluded at a church pastored by a true servant of Christ.

Moreover, a pastor is a joker and fraudulent if he mounts the pulpit only to see and prophesy money out of people’s pocket and purse or bags to open doors for visas, employment, pregnancy, marriage and promotion but cannot rebuke them of their unrepentant sins. The greatest miracle God works in the lives of people is the salvation of their souls from the slavery of sin to make them suitable for heaven.

Jesus Christ speaks, and His true disciples hear Him to take instructions. Our Lord is not only aware that His true children hear His voice, but He Himself knows them as they obediently follow Him, doing what He did, preaching what He preached, teaching what He taught, healing diseases and sicknesses that He healed without charging consultation fees. It is time to flee from the jokers in the pulpit!