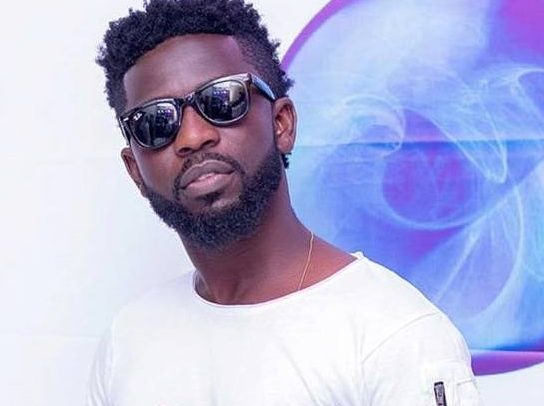 The Bouake festival is a week-long festival; the largest and the most attended in Ivory Coast, with people across the length and breadth of the country gathering to have fun.

Held in the Ivory Coast second largest city, Bouake, the festival launched in 1964 is marked by the parade of floats, majorettes, masked ball, a street carnival, among other activities.

Bisa Kdei, who was the headline international act for the festival, proved why he is touted as one of Ghana’s best performers with some dazzling stagecraft.
The energetic artiste delivered an irrepressible and thrilling performance that got even the most reserved of individuals among the audience up on their feet in sheer excitement.

He performed several of his hit songs at the festival and enjoyed a good response from music fans.

Bisa’s stage craft was a blast, he was just “too much” as he thrilled fans to their satisfaction.

The sexy music star had a very strong stage presence and was cheered on all the way through his display.

A number of music fans could not resist his performance and they demanded more just because he was amazing.

At the event, some of the music fans became photographers, taking pictures of Bisa Kdei performing on stage with their various mobile phones.

Born Ronald Kweku Dei, Bisa Kdei is the first Ghanaian artiste and second African artiste to be verified on Facebook.

He is also the first Ghanaian artiste to break into the limelight with a movie sound track, ‘Azonto Ghost’.

Bisa Kdei on December 21, 2013, launched his 16 track maiden album which is still getting massive sales on iTunes, Spotify, Amazon and other international music marketing platforms as well as the local markets.

Bisa Kdei has come a long way as far as music is concerned and ever since he came into the mainstream, he has been able to touch hearts and lives of many with his inspiring music.

It Looks Like Man City …In Tomorrow’s Champions League Cliffhanger