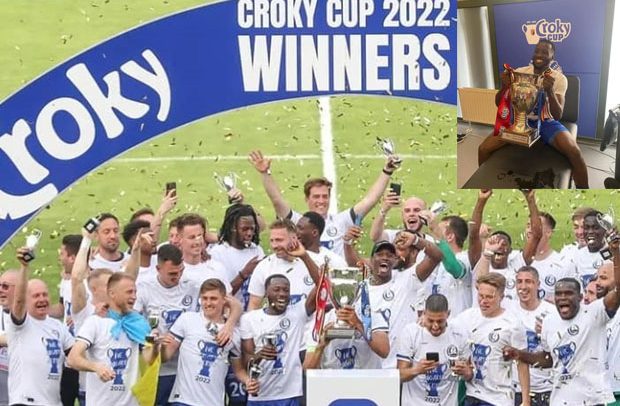 Black stars midfielder, Elisha Owusu, has won his first trophy of the season with KAA Gent.

The midfielder came from the bench to help his side overcome Anderlecht to win the Belgium Cup, after a penalty shootout following a 0-0 drawn game in regulation time, after extra time ended goalless.

KAA Gent recorded a 4-3 victory over Anderlecht to win the 2021-2022 Belgian Cup on Monday afternoon.

Elisha came in during the first half of extra time to help his side take the game to penalty shootout. Meanwhile, his compatriot, Majeed Ashimeru, played 45 minutes for Anderlecht during the tie.

Judiciary On The Carpet?