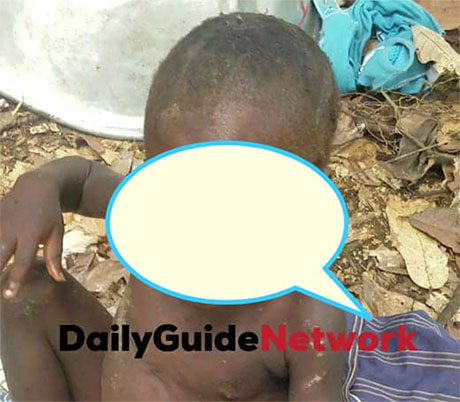 A six-year old boy [name withheld] has been subjected to accusations of witchcraft and ritual attacks by his father, Benjamin Tetteh after being told by a fetish priest that he is a wizard inherited from his late mother.

The boy who can’t open his mouth and speak was neglected, starved and was sadly dumped in an uncompleted mud building for some months at Akyiasa, a village in the Ayensuano District of the Eastern Region.

The little boy, now under the care of Engage Now Africa End (EMS) an NGO, lost the mother some few years ago having been stigmatized as a witch in that same community. 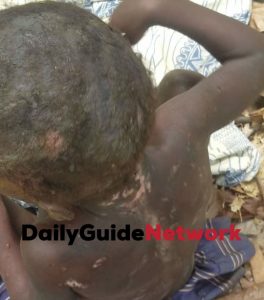 The late mother as gathered reportedly met her untimely death along a riverside when she was also thrown out of the house.

The little boy after losing the mother was also branded as a wizard by the fetish priest which by his declaration initiated his suffering. 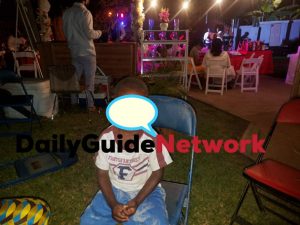 From the community, according to witnesses, a concoction prepared by the fetish priest was being severally administered on the boy in an attempt to cast out the evil spirit in him, upon their perceived failure to undo the demon in him, led to several other tortures and finally dumped him.

A source reliably informed that the father at one time in his frustration poured acid on his son which hitherto left scars on the body of the 6-year old boy. 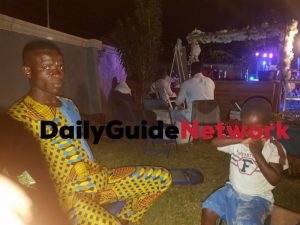 The little boy was rescued when the Engage Now Africa End (EMS) received a distress call from a member of the community who happens to have benefited from the Organization’s advocacy forum and rushed to the village.

The Chief Executive Officer of EMS, Afasi Komla, then informed the Police who stormed the area to arrest the father and the fetish priest who are still in Police custody assisting in investigation.

Mr. Komla, and his team after their intervention was given a medical report by the Police to send the boy to the Suhum Government Hospital for treatment under the care of one Dr. Adjei, who has done his best to treat the boy.
Mr. Komla who expressed worry over the situation, however, advised that such practices are crime in Ghana.
In the Children’s Act 1998 section 13 stated “No person shall subject a child to torture or other cruel, inhuman, or degrading treatment or punishment including any cultural practices which dehumanize or is injurious to the physical and mental well-being of a child’’.
He added that “when found culpable will lead to imprisonment sentence not less than 5 years since harmful practices related to accusations of witchcraft and ritual attacks are prevalent in Ghana and across sub-Saharan Africa’’.
Meanwhile, the Police have hinted to take the necessary actions against the suspects after being done with the investigation.