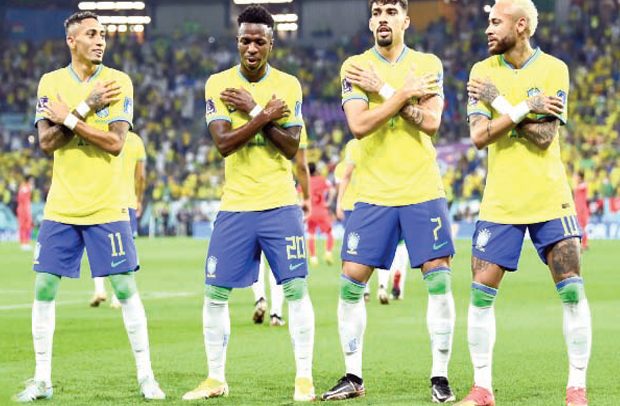 The 61-year-old coach lauded his team’s spirit after a 4-1 win against South Korea on Monday that sent Brazil to the quarterfinals of the World Cup, during which he was brought in on a choreographed goal celebration.

“They’re very young and I always try to adapt a little bit to their language,” Tite said through an interpreter. “They have a language, which is of dancing.”

After Richarlison’s stunning team goal put Brazil up 3-0, he made his way directly to the sideline, pointing at his coach in the process. A circle had formed and Brazil’s break-out striker put his arm around the coach as the group shared a few dance steps together.

The celebration had been semi-planned and Tite said he has made a point to adapt to the group, in an effort to connect with the players. Part of that was getting in on the dancing.

Prior to the game, he said he told the players a dance they were doing was similar to something he was familiar with, and told them that if they taught it to him, he would do it with them.

“You have to learn how to do the moves,” Tite said. “And the moves are very tight.”

But the Brazil coach was also very conscious of the possibility that his dancing could be taken the wrong way.