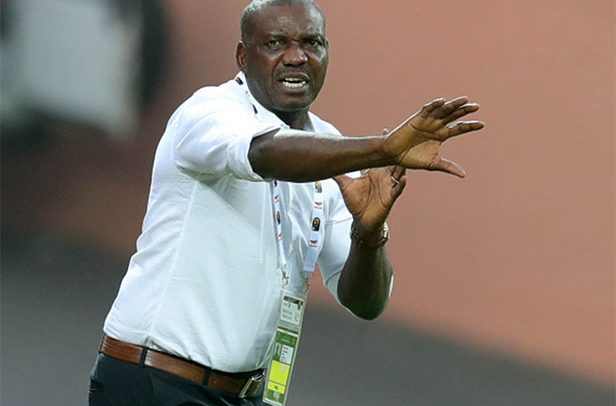 Interim coach of the Nigeria Super Eagles, Augustine Eguavoen has resigned from his position as the Technical Adviser of the team.

Eguavoen resigned as Super Eagles Technical Adviser and will return to his role as Technical Director of the Nigeria Football Federation, NFF.

His position as Technical Director oversees all technical issues concerning all national teams.

Brila reports reliable sources revealed that the former Enyimba coach have sent an official letter to the NFF stating his decision.

It was further gathered that in the aftermath of the failed World Cup bid, the NFF will announce the sack of Eguavoen, however, the embattled Coach is yet to sign the proposed two-year contract for the Super Eagles job which he was handed two days before the first leg of the World Cup play-off against Ghana.

Calls put across to Augustine Eguavoen by our Correspondent at 10:48am to get his reaction on the development were unanswered as the phone rang unattended.

Nigeria failed to qualify for the 2022 World Cup finals on Tuesday after visiting Black Stars of Ghana held them to a 1-1 draw at the Moshood Abiola National Stadium, Abuja.

Since making her debut in 1994 edition, this is the second time the Super Eagles will not be in the FIFA World Cup after missing out in Germany 2006.