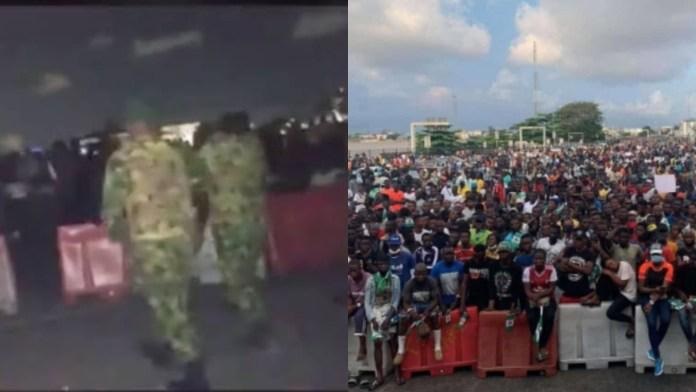 Nigeria’s President, Muhammadu Buhari and the Chief of Army Staff, Lt. Gen. Tukur Buratai, have been sued over the recent alleged massacre of the #EndSARS protesters at Lekki tollgate in Lagos.

Ten other have been sued in connection with the alleged killings said to have been perpetuated by personnel of the Nigerian Army.

The alleged killings occurred at the Lekki tollgate in Lagos on Tuesday, October 20, 2020.

The lawyer’s suit was filed before the Federal High Court.

In the suit, he appealed to the court to declare that “the brutal shooting and killing and use of brute force against unarmed, defenceless and peaceful protesters/Nigerian citizens engaging in the #ENDSARS peaceful protest on October 20, 2020, at the Lekki tollgate was “illegal, unlawful, undemocratic, oppressive, wicked and unconstitutional.”

He pray the court to get the defendants to “immediately pay N10bn compensation to all the victims of the mindless shooting and brutal killing at Lekki tollgate.”