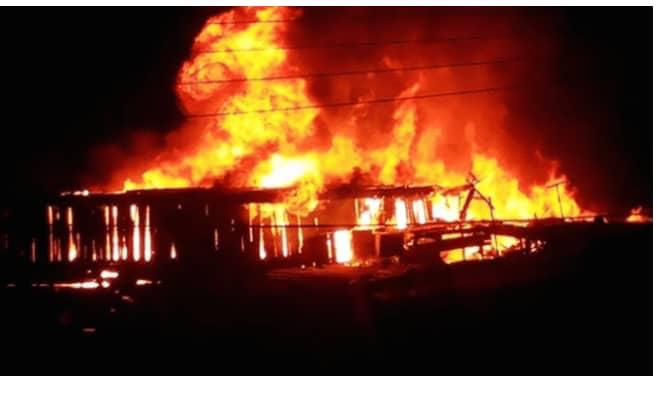 At least four kids have reportedly burnt to death at Amasaman Fise in the Ga Central District of the Greater Accra Region.

They were said to have been trapped in a a four-bedroom house which caught fire.

Information available to DGN Online suggests that the victims were sleeping in one of the rooms in the house when fire engulfed it
in the early hours of Wednesday, October 28, 2020.

It remains unknown what caused the inferno.