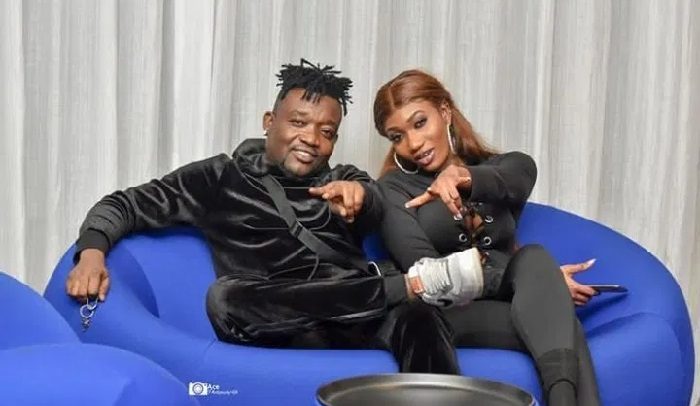 The Chief Executive Officer (CEO) of Rufftown Records, Ricky Nana Agyemang, otherwise called Bullet, has denied ever engaging in a publicity stunt to promote any of the artistes under his label.

“I have never pulled any stunt before,” he told Hitz FM on Wednesday morning.

“You can pull these stunts but if you do not have the sound it is not going to go anywhere. You might get the attention for people to talk about you for a while but if you don’t have a banger, nobody is going to listen to you again,” he added.

The claim about not engaging in any stunt, however, contradicts an earlier pronouncement by Wendy Shay, one of his artistes.

Wendy allegedly said a leaked audio tape which suggested that she and Bullet were caught sleeping in bed by his girlfriend was a stunt.

In the said audio, a lady could be heard attacking Wendy Shay for sleeping with Bullet, who is her boyfriend.

Bullet then yelled at his girlfriend to stop attacking Wendy Shay.

Then the lady comes in again to say Bullet did same with Ebony Reigns.

Many had criticised the two of them until Wendy came out to explain that it was staged for a new music.

“You know, there’s a type of way we bring out our music, and as you can see Rufftown Records is actually surrounded with a lot of controversies, this is showbiz and it’s a show and it’s also a business so some things can be staged,” Wendy Shay disclosed in her first interview with Andy Dosty on Hitz FM.

Later, Wendy released a song titled ‘The Boy Is Mine’ featuring Eno with a video that has scenes similar to what was heard on the audio.