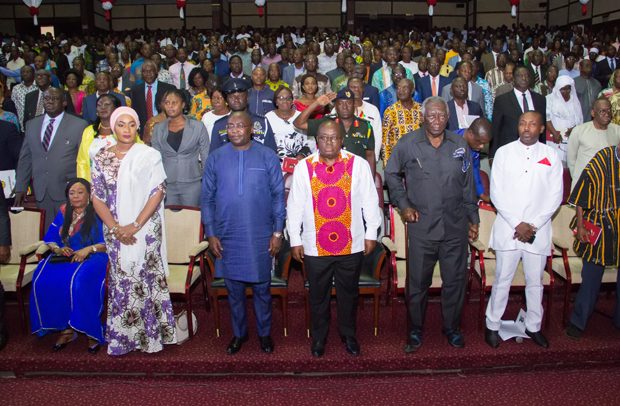 With the curtains now pulled over activities commemorating the death of former Prime Minister, Dr. K.A. Busia, which took place at the Accra International Conference Centre on Tuesday, the Wenchi segment is billed to commence tomorrow.

The former prime minister hailed from Wenchi in the Brong Ahafo Region and so tomorrow’s chapter of the anniversary is expected to be another crowd puller.  The Vice-President Dr. Mahamudu Bawumia and his spouse are billed to make a major appearance there. The couple was part of the Accra event too.

The former prime minister’s sister, Madam Amma Busia, has already moved camp to Wenchi for what is said to be a week-long package of activities involving prayers and thanksgiving. The climax of the Wenchi event is scheduled for 8th September 2018.

Madam Amma Busia, an elder of the New Patriotic Party (NPP), continues to play the role of a mother of the ruling party as she did even when the political grouping endured the days of travails of opposition politics in the country.

In an interview with DAILY GUIDE , she expressed gratitude to all who turned up for the event at the conference centre especially the President, his Vice, former President J.A. Kufuor, Speaker Of Parliament Rt Hon. Mike Oquaye and many others including the rank and file membership of the NPP.

“I was overwhelmed with the show of love to my brother’s memory. God richly bless you all including those who wanted to come but could not make it”, she prayed.