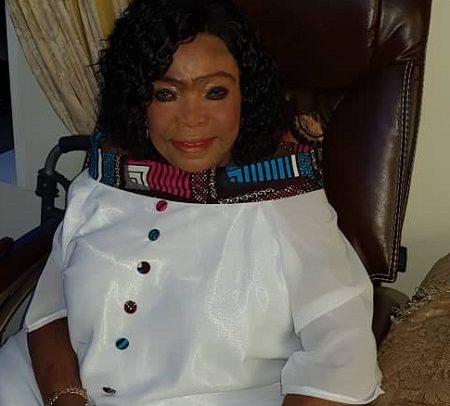 The family of the late Professor K.A. Busia – Prime Minister from 1969 to 1972 – has expressed gratitude to President Akufo-Addo for naming a tertiary institution after the academic icon and politician.

Madam Amma Bame Busia, the former Prime Minister’s younger sister and an elder of the New Patriotic Party (NPP) in a statement, said the family is overwhelmed by the President’s recognition of their brother by naming the University of Energy and Natural Resources in the Bono Region after him.

On Saturday at Fiapre near Sunyani, the President during the 4th Congregation of the UENR said the decision to rename the university after Prof. Busia was taken by the Governing Council of the university on 3rd August 2018 in accordance with the statutes of the institution and said subject to parliamentary approval, he was all for it and when that was finally done, the university would be called “K.A. Busia University of Energy and Natural Resources.”

Showing their appreciation, the Busia Royal Family through Madam Busia said: “We members of the family are grateful to the UENR Council and President Akufo-Addo for this honour. We also wish to recognize the role of the Vice Chancellor and all others who contributed towards making possible the honour done our brother.”

She pointed out that the President’s gesture had won the hearts of members of the Wenchi Traditional Council who as she put it “are not being left out of this show of deserving gratitude to the President.”

The family said the President’s gesture would serve as a source of inspiration to the students of the school, adding that “the students would look up to the great man who the school was named after and aspire to greater heights.”

“Like the school, Prof. K.A. Busia started life on a modest notch and eventually becoming a great personality in the politico-academic world within and without his home country,” the family added.

The UENR which began in August 2012 with just 154 students currently has population of over 5000 spread over six schools.

The university runs programmes at both undergraduate and post-graduate levels in the sciences, agriculture and engineering.