C/R Minister Assures Justice for the Murder of 11 Years 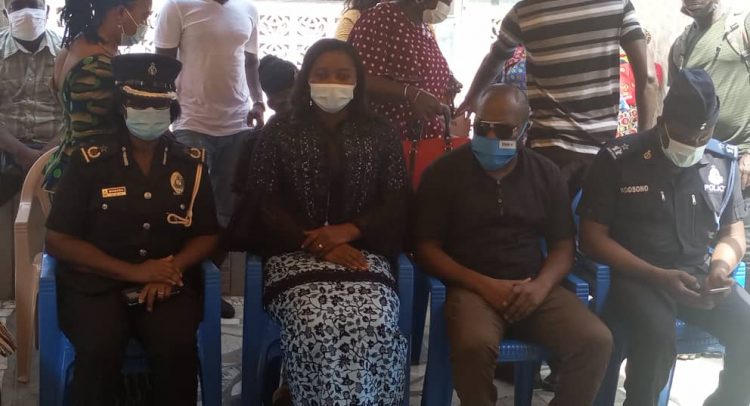 The Central Regional Minister, Justina Marigold Assan, has assured the family of the late 11-year-old Ishmael Mensah of government’s commitment to seek justice for his murder.

She paid a visit to the bereaved family today, Wednesday 7th April, 2021.

“ We promise the family that the justice they are asking for will be given to them. I know that the steps government has taken will bring justice the family is demanding” she said.

She indicated that government will get the remains of their son tomorrow for the necessary burial to be performed according to Islamic law.

“By tomorrow, the family will receive Ishmael’s body, for the necessary burial rite to be performed.”

The Regional Minister, Hon. Marigold admonished all parents to keep a close watch on their wards to avoid them being kidnapped and murdered.

Around 10:15am on April 3, 2021, the Kasoa Divisional Command received a distress call that there had been a ritualistic murder at Coca-Cola near Lamptey Mills, a suburb of Kasoa.

Police proceeded to the crime scene and saw a young boy wearing a blue shirt and red/White pair of knickers dead in a pool of blood in an uncompleted building. Initial investigation conducted by police revealed that the deceased was Ishmael Mensah, age 11, and that about 9:30am, the same day, suspects Felix Nyarko and Nicholas Kini aged 16 and 17 years respectively, invited the deceased to the uncompleted building and hit him with a club and cement blocks killing him instantly.

The suspects after the alleged murder, buried the deceased in the uncompleted building awaiting his removal in the night for ritual purpose.

The body of the deceased has since been deposited at the Police hospital mortuary awaiting post mortem whilst the suspects have been detained to assist police with investigation.