Can Christian Women Be Slay Queens? 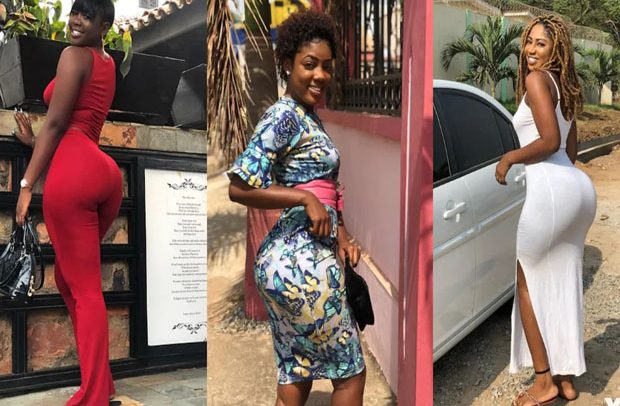 THE 21ST Century is a period of massive technological advancement resulting in the creation of various social media platforms such as Instagram, Snapchat, Twitter and Facebook for slay queens to showcase their lavish lifestyle to attract followers. But most slay queens in Africa live fake luxurious lifestyles just to lure rich men for sexual relationships.

It is said that nearly all slay queens wear heavy make-ups regularly, always on social media to check who liked or commented on the photos they posted, love partying and preying on old, promiscuous men for their flashy living. But one striking thing about most African slay queens is the seductive manner in which they dress obviously for sexual attractions.

Now, can Christian women also live as slay queens and dress indecently as most of them do? Well, someone once asked, “Do the heirs of God, Christians, really know who they are?” Of course, many know, but others are completely ignorant of who they are. A woman who knows that she is a royal priesthood of a glorious kingdom will not share in the lifestyle of unbelievers.

First, responsible princesses and queens know their worth so they dress responsibly to cover their bodies. Real ladies do not dress provocatively, exposing their body shapes to entice, seduce or tempt men to lust after them. They refuse to be used by the devil as instruments for temptation to cause others to fall. Jesus Christ warned against those who cause others to fall into sin (Mark 9:42).

These days, Satan has been using many young women in the Church to dress seductively to tempt men to lust after them in their hearts. Those who fall into their traps actually commit sexual immorality with them. The irony is that some of the women may not even know that men lust after them. They may not also know that they are being used by the devil to spread the spirit of seduction to fight against the purity of the Church.

“You have heard that it was said, ‘You shall not commit adultery.’ But I say to you that everyone who looks at a woman with lustful intent has already committed adultery with her in his heart” (Matthew 5:28).

Pay attention to the words, “Everyone who looks at a woman with lustful intent…” A man may mostly be tempted to commit this sin if the appearance of the woman he sees is sexually provocative. Demon-infested women intentionally dress lustfully to attract men. This is why genuine members of the kingdom of God must dress properly to cover their thighs, breasts (cleavage) and every sensitive part of their bodies.

We ought to know that a person’s manner of dressing tells a lot about them. It is said that people address you by how you dress. In Proverbs 7:10, Solomon saw a woman and called her a prostitute by how she was dressed. How do prostitutes dress? There are many prostitutes in Ghana and in many parts of the world, and we know how they dress. They wear gaudy garments, showy or short dresses that fit and expose their bodies for sexual attractions.

As priests to God, we are not like others, and we are not called to dress to ‘kill’ as prostitutes do. We are called to save even through our decent dressing. A dressing is decent if it promotes morality or righteousness. It is surprising how many Christian sisters take pride in wearing sexy dresses these days.

Many smile when they are told they look sexy. They think they are celebrated and praised. But they do not realize that they are insulted. You must not smile but weep when someone tells you that you are looking sexy in your dress unless you are a prostitute or immoral. The intention of dressing sexy is to attract and arouse men to come after you to sleep with you. That is why prostitutes dress sexy.

However, hardly will anyone see members of a respected kingdom dress as prostitutes. They dress decently and appropriately to honour and glorify their kingdom and the King who sits on the throne.

Esther did not put on sexually suggestive apparel to entice King Ahasuerus to love and marry her. She simply won grace and favour in the sight of the King more than all the virgins (Esther 2:17). That was because God was with her.

Truly, many people confess they are Christians, but they do not genuinely know who they are. If we know that we are royal priesthood to our God, the King of kings and the Lord of lords, blessed with grace and favour, we will not dress indecently as the world does but dress decently to please our holy King.

Henceforth, let our manner of dressing prove that we are sanctified priests to a holy and reverent God. Let us not dress to kill, but save in reverence to the Scripture which says, “I also want the women to dress modestly, with decency and propriety, adorning themselves, not with elaborate hairstyles or gold or pearls or expensive clothes, but with good deeds, appropriate for women who profess to worship God” (1Timothy 2:9, NIV).