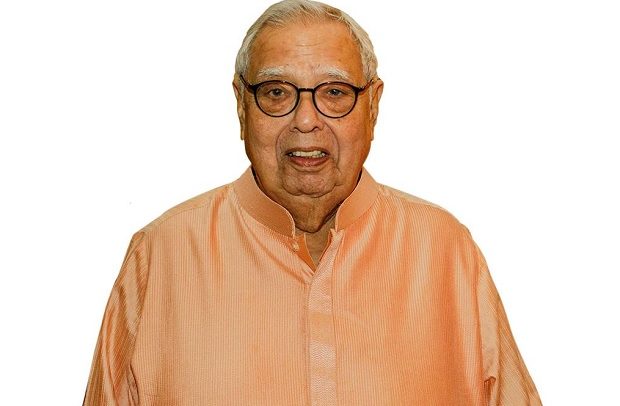 The unfortunate incident occurred in the early hours of Saturday, 12th June, after a brief illness. He was 87 years old.

The highly regarded industrialist was awarded an honorary degree from the University of Ghana in 2016 for his achievements in industry.

The University’s decision to honour Mr. Mohinani was in recognition of his hard work in establishing and managing several successful businesses, as well as for his contribution to the economy of the country.

Ram Mohinani came to Accra from India as teenager and, after over a decade of working for various companies in Accra, started what was to become the Mohinani Group with a single factory in 1966.

His business acumen has been described by family, friends, former and current employees and business associates as legendary.

He was a mentor, a visionary and an inspiration to many people in the Ghanaian business community and abroad.

Ram was a religious man who also believed strongly in social service.

He contributed generously to various organisations in the health and educational sectors in Ghana.

Ram Mohinani’s legacy will be carried forward by his beloved wife Sheela, his 3 sons and daughters-in-law and 7 grandchildren.

With its headquarters in Accra, the Group comprises of Poly Tanks (Gh) Ltd—and its four divisions viz. Tanks Division, Sacks Division, Products Division and Kraft Division as well as Somotex (Gh) Limited which operates the Electromart Electronic shops across the country. Other businesses within the Group are Masco Foods (owners of the KFC Franchise in Ghana) and Somoco Limited (distributors of Bajaj Boxer motorcycles).