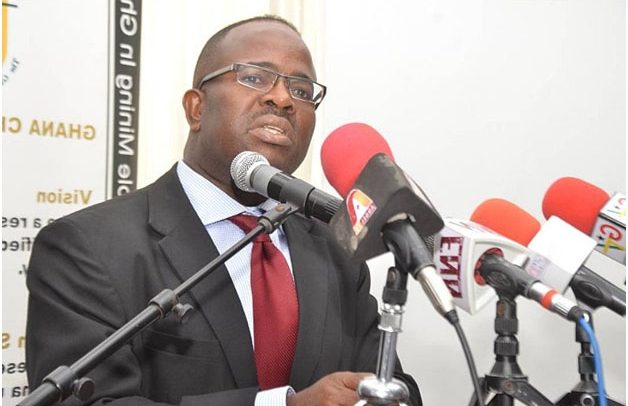 SULEMANA KONEY, CEO of Ghana Chamber of Mines, has commended members of the chamber for channeling increasing support into social investments across the country.

According to Mr. Koney, such investments were undertaken by both producing companies and mine support service providers.

Such expenditures, he said, went into infrastructure projects such as roads, healthcare, water, sanitation and educational facilities as well as socio-economic interventions focused on livelihood empowerment.

Speaking at the 93rd AGM of the Chamber in Accra, he noted that “The painstaking processes adopted by members in rolling out community support initiatives meet global standards and could have yielded greater results if the statutory part of mineral royalties returned to the communities from the state was substantial enough and delivered in good time to complement the investments made by member companies in the year under review.”

Among the many initiatives that the chamber pursued in 2020 was the commencement of disbursements from the Tertiary Education Fund after it was launched in 2019.

“Members contributed generously to begin implementing the activities that were earmarked as support for the University of Mines and Technology (UMaT), and it gives me great pleasure to note that due to the funding received in 2020 from our members, the respective projects are underway to support teaching, research and learning at UMaT. It is heart-warming that whilst members are focused on boosting production, they are also interested in developing the human capital and the capacity of our workforce trained by our institutions of higher learning,” he said.

Eric Asubonteng, President of the Chamber, indicated that in a marked departure from past years, the volume of manganese produced by Ghana’s sole producer, Ghana Manganese Company, declined from 5.383 million tonnes in 2019 to 2.358 million tonnes in 2020. The 56.2 per cent drop in production was primarily due to the government’s directive to stop the company’s operation in the year under review, resulting in the suspension of manganese production in the first quarter of 2020.

For diamonds, he said the downward trend in the purchases continued unabated due to the suspension of production by the only large-scale producer, Great Consolidated Diamond Company. In essence, diamond purchases in 2020 reduced by 25.1 per cent to 25,292 carats from 33,789 carats in 2019.

He said the mining industry remained the main anchor of Ghana’s trade balance as data from the Bank of Ghana showed that the mining sector was the foremost source of foreign exchange receipts in 2020. The mineral sector alone accounted for 48.4 per cent of gross merchandise exports in 2020. This compares favourably with the 42.6 per cent recorded in 2019 and far outstripped the combined contribution of crude oil and cocoa in 2020 by more than 12 percentage points.

“The mining industry continued to support the economy by reducing the pressure on the local currency and its resultant impact on prices and other parameters. Proceeds from export of minerals increased from USD 6.678 billion in 2019 to USD 6.998 billion in 2020, representing a growth rate of 4.8 per cent. Producing member companies of the chamber returned USD 3.67 billion out of the mineral revenue of USD 5.14 billion to the country. This represents 71 per cent of the revenue of producing member companies. The proportion of mineral revenue returned exclusively through commercial banks was more than the statutory threshold described in the various Development Agreements as well as the Minerals and Mining Act 2006 (Act 703).

Mastercard Foundation To Deploy $1.3bn To Save African Lives