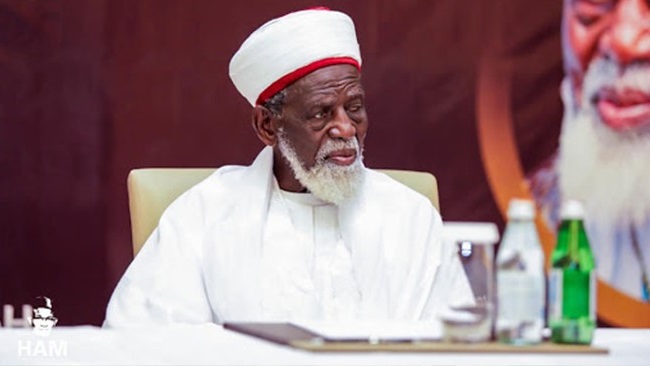 The National Chief Imam, Sheikh Osman Nuhu Sharubutu, has enjoined Muslims across the country to support the forthcoming National Housing and Population Census by making themselves available for the national exercise.

His call on fellow Muslims, he said in a release, was after a reflection on the importance of the exercise on national development.

He said it behooves all Muslims from the leadership to the grassroots to take part in the exercise which starts on June 27, 2021.

All Muslims, he said, should especially take part in raising awareness about the importance of the census.

He also commended the leadership of the Ameer and Missionary in charge of the Ahmadiyya Muslim Mission, Maulvi Dr. Mohammed Ben Salih, for coming out to clear the air about the fact that they are an integral part of Islam.

The cleric expressed the hope that the Ghana Statistical Service would conduct the exercise diligently so that accurate figures would be arrived at.