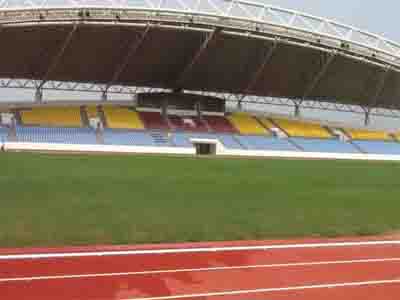 Ghana has signed an agreement with China to expand the Cape Coast Stadium to boost sports in the country.

Per the agreement, the Chinese government would help expand the stadium to meet international standards.

The deal formed part of eight cooperation agreements that China and Ghana have signed to develop the two countries.

President Akufo-Addo and his Chinese counterpart President Xi Jinping applauded the agreement which was reached on Saturday.

The historic ceremony took place at the Great Hall of the People in Beijing on the first day of President Akufo-Addo’s state visit to China.

With the expansion of the facility, Ghana can host international matches for the various national teams, which falls in line with the president’s plans to develop all sectors of the country.

Massive Registration Ahead Of Millennium Marathon