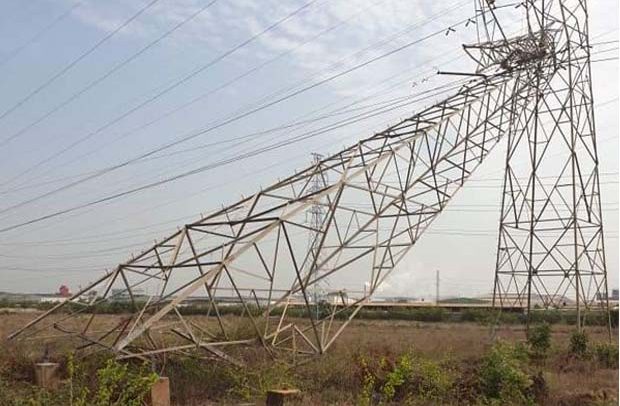 A citizen, Kojo Poku, has announced a $1,000 reward for the individual who volunteers information that will lead to the arrest of the person(s) who allegedly cut down the pylon belonging to the Ghana Grid Company (GRIDCo).

The pylon near the GRIDCo’s office in Tema, transmits power from the Karpower and AKSA to the national grid.’

It was reportedly hacked on Monday, March 25, 2019, leaving officials of the company and Minister of Energy, John Peter Amewu shocked.

But Mr. Poku who is an Energy expert promised the sum for any person who provides credible information that will led to the arrest of the individuals behind the unlawful act.

Mr. Poku was speaking to the media on Tuesday evening in Accra, comparing the attack to an act of terrorism.

He noted that “I don’t want to pronounce that it is a political act because we don’t know the person who did it. I want to offer a reward of a $1,000 to whoever will give a tip-off to the police that will lead to the arrest of whoever did that.”

2 Charged Over Attack On British Girls