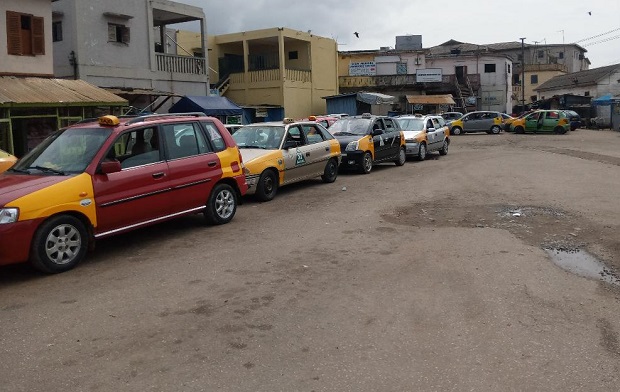 Some of the parked commercial vehicles

Commercial drivers in the Sekondi-Takoradi Metropolis yesterday embarked on a sit-down strike, leaving most commuters in the metropolis stranded.

According to the drivers, they were taking the action due to the persistent refusal by the city authorities to either allow them to take the required passengers or increase the transportation fares.

It would be recalled that drivers were made to reduce the number of passengers a vehicle could take as part of the Covid-19 safety protocols.

According to the commercial drivers, the decision not to allow them to take the required passengers is having a toll on their daily sales. Not even the plea by passengers to pay more for the fares persuaded the drivers to rescind their decision.

The drivers claimed that all the calls to get the appropriate authorities to come to their aid had fallen on deaf ears and as a result they had no option than to park their cars.

Speaking to journalists, Ben Kwasi Ansah, the acting Chairman of the Ghana Private Road Transport Union (GPRTU), said “we are doing this because the drivers cannot meet their daily sales, as fuel prices continue to increase without any increment in fares.”

“We are giving authorities two options – it is either we increase the fares and reduce the number of passengers, or we take our normal passengers and insist on the wearing of nose masks,” he added.

Some passengers expressed their disappointment and accused the drivers of not making any official announcement before deciding not to work.