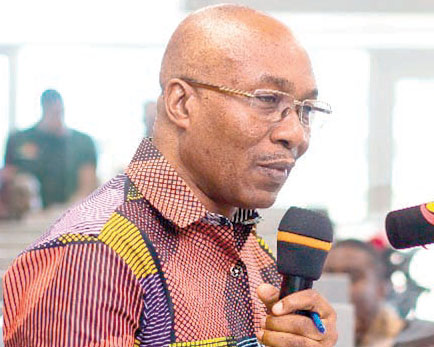 The Ghana Commodity Exchange (GCX) has launched a new commodity, soybean, onto its market.

Speaking at the launch on Tuesday in Accra, Chief Executive Officer (CEO) of GCX, Kadri Alfah, said the move was aimed at helping farmers to produce quality soybean in large quantities, negotiate for good prices, as well as link them to buyers at convenient locations.

He also hinted that GCX had agreed with nine Ghanaian commercial banks to grant short-term loans to farmers to enable them meet their immediate working capital needs using their harvested and deposited commodities in GCX warehouses as collateral.

Mr. Alfah disclosed that the introduction of soyabean showed that the trade in corn had been successful in the first five months, as it recorded the sale of over 10,000 mini-bags of corn.

“Soybean has been in Ghana since 1970 and Ghana produces about 30,000 metric tons per year as the demand for the commodity is growing, particularly in edible oils, flour, milk and the  animal feed industry,” he added.

According to him, GCX would include rice, sorghum and cashew because they are very high value commercial crops that would benefit farmers and the country as a whole.

GCX is expected to trade soya bean contracts for future delivery within the next 12 months.

The CEO of the National Food Buffer Stock Company (NAFCO), Hanan Abdul-Wahab, in an address, stated that commodities exchanges are critical drivers for economic development and transformation through the promotion of the commercialisation of the country’s agricultural sector, improvement in market efficiency and accessibility and lowering transaction cost.

Mr. Hanan reiterated that NAFCO would continue to support GCX to executive its mandate of connecting farmers and providing opportunities for brokers and other stakeholders to derive the maximum benefits from commodity exchange trading.

He also called on all GCX partners to help the exchange achieve its aim to transform Ghana’s economy through agriculture.