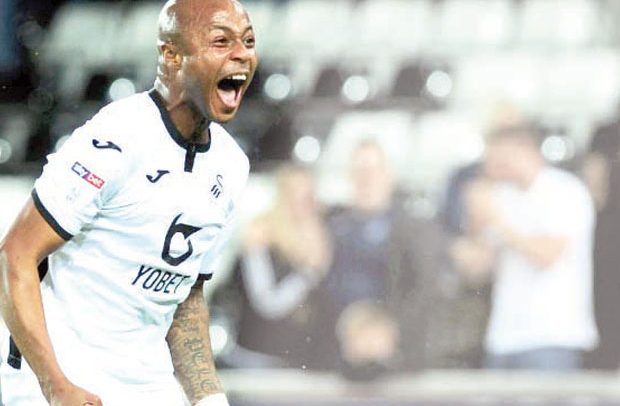 The 2009 FIFA U-20 World Cup winner was instrumental in his side’s 1-0 win against Brentford in the Championship play-offs at the Liberty Stadium.

In the 63rd minute, the winger threw away a spot-kick, but he bounced back strongly thereafter with one of his raids resulting in the goal that separated the two sides in the 80th minute.

To Cooper, Dede’s ability to recover from a spot-kick miss to hit the back of the net speaks volumes of his mental toughness.

“Andre has missed a penalty, but brushed it off and raised his game even more, and it came off with the goal. To have such an impact and score the goal tells you everything about the mentality he has,” Cooper said after the game on the club’s website.

He added, “His mentality is of the highest order, to brush off the disappointing return from a penalty where you fancied him. To have such an impact and score the goal tells you everything about the mentality he has. If anything, the miss affected him in a positive way.

“He is really important for us, and what is more impressive with his goalscoring record is that for a lot of the season he has played out wide, and not through the middle.”

Dede is expected to bring his mental toughness to bear on the Swans return leg fixture against the Bees for a Premiership ticket at Griffin Park.