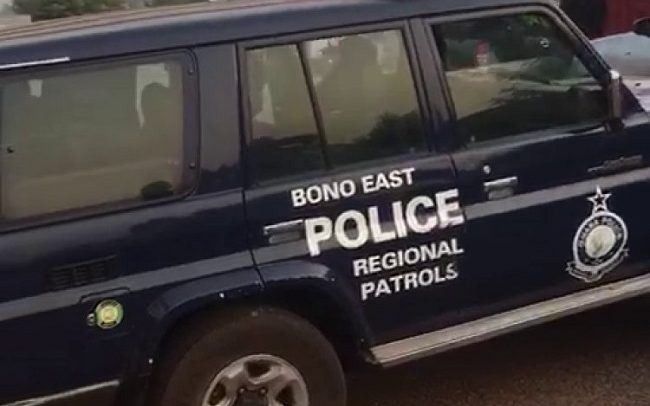 The Youth of the Nkoranza Traditional Area in the bono East region have demonstrated against one Kwaku Soroh who is claiming to be the Omanhene of Nkoranzaman.

Information gathered from the Nkoranzaman community indicate that the youth have prevented Kwaku Soroh from entering the Omanhene palace.

The spokesperson of the Omanhemaa of the Nkoranza Traditional Council, Nana Atta Fosu Ababio, told DGN Online that there was a light-out in Nkoranza around dawn and a few minutes later the light came on.

“We suddenly saw the self-acclaimed Omanhene trying to enter the Omanhene palace of Nkoranza with police convoy with more than 50 police officers and about 14 soldiers”.

She added “we gathered to stop him because, the matter is in the hands of Otumfuo, the Asantehene and also in court challenging the validity of his enstoolment.”

According to information gathered by DGN Online, neither the court nor Otumfuo has spoken on the matter.

“We are not leaving the premises now till the authorities come in because they don’t know where the military and the police are coming from and the palace is their property. We need to protect and defend it,” the youth said.

The Nkoranza youth later appealed to the Government and the authorities to come in to settle the issue.

Below is a video of the demo