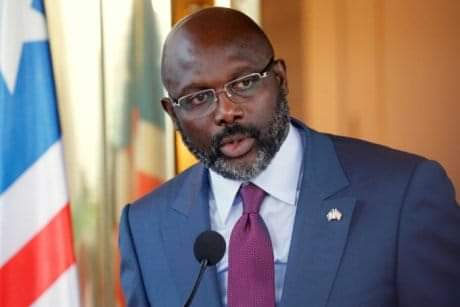 Liberia has regained its membership at the African Union (AU) following the settlement of its $1.6 million debt owed the continental body.

The Liberian Government made the announcement on Tuesday, February 2, 2021, through its Foreign Minister, Kemayah.

It would be recalled that in 2020, the AU relegated Liberia from a full member to an Observer Status due to its accumulated debt profile.

The $1.6 million debt had accumulated over a period of three years up to 2020.

Incumbent President George Weah had inherited a debt of $400,000 from his predecessor, Ellen Johnson Sirleaf, to the African Union when he assumed office in 2018.

However, the current Liberian President failed to make any payment up to 2020, warranting the sanction imposed on Liberia.

Dropping to an Observer status meant Liberia losing its voting right at AU.

Liberia is a founding member of the African Union formerly known as the Organization of African Unity (OAU).

It would be recalled that in 2016, AU observed the need for equitable and predictable funding source to finance its operations.

The move was among other things, aimed at reducing dependency while implementing development and integration programs in Africa.

As a result, each country including Liberia is required to make regular financial contributions to AU, based on assessment of its capacity.

Additionally, in the year 2018, the continental body organized an Extraordinary Summit on Institutional Reforms in Addis Ababa to address, among other things, the issue of due (assessed contribution) payment.

During that meeting, the AU settled on imposing sanctions on member states who do not pay 50% of their assessed contributions within six months, saying such states will be deprived their right to take the floor or make any contributions in the meetings of the Union.

AU went on to outline three forms of sanctions on members who default in paying their dues with the sanctions including the following:

Cautionary, which is “applied to member states who do not pay 50% of their assessed contributions within six months. Such states will be deprived their right to take the floor or make any contributions in the meetings of the African Union”

Intermediate sanctions which “shall apply to members who are in arrears for one year. In this instance, the member states shall be suspended from being a member of a Bureau of any organ of the Union; host any organ, institution or office of the Union; lose the right to have their nationals participate in electoral observations missions, human rights observation missions and will not be invited to meetings organized by the Union and further, such states will not have their nationals appointed as staff members, consultants, volunteers or interns at the African Union.”