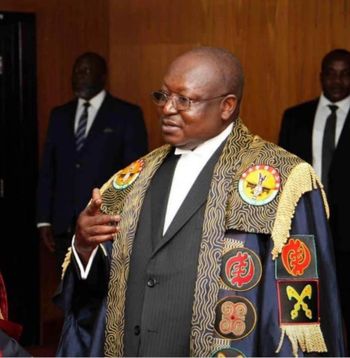 Deputy Clerk of Parliament Robert Apodolla has been confirmed dead.

He passed away on Friday, February 19, 2021 after battling a short illness.

The late Robert Apodolla is said to have served each of the eight parliaments in the Fourth Republic of Ghana.

According to a Facebook post by former Member of Parliament for Kumbungu, Ras Mubarak, “Parliament of Ghana has lost one of its unsung icons, a dedicated servant of parliament who knew his work inside out and discharged his duties diligently”.

He wrote, “I’m very sad to hear about the death of my friend and go-to person on rules of the House. Robert Apodolla, one of parliament’s most dedicated clerks, passed away yesterday. My prayers and thoughts are with his family in this difficult moment”

“In my time in parliament, there were three persons whose opinions and suggestions I sought frequently – Rt. Hon. Speaker Alban Bagbin (then a Deputy Speaker), Opare Ansah of Suhum, and the late Robert Apodolla. If I couldn’t find Mr. Speaker or Opare, it was Robert I run to for suggestions on a motion I was preparing to move or interpretation of any of the rules I wasn’t clear about”, he said.

Mr. Mubarak also added, “In January when I was researching for an article I was writing about Speakers of Parliament, Robert was available as always, to share his experiences of working with all past Speakers of Parliament of the 4th Republic. We spoke at length about his farm up north, his health, family, and what I was doing after parliament. And I remember Robert encouraging me to prepare and run again for the Kumbungu seat”.

“It’s a shame he was passed over for the position of Clerk to Parliament. He took this injustice in his stride and insisted, “God’s time’s best.” The Parliament of Ghana has lost one of its unsung icons, a dedicated servant of parliament who knew his work inside out and discharged his duties diligently. Rest in perfect peace Robert. The parliament of Ghana owes you a befitting funeral”.