Derek Abrefa Shines In US 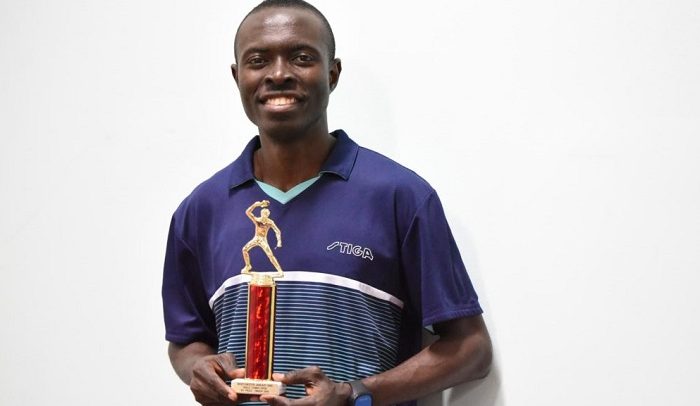 Abrefa won the January Westchester Open in the U2500 rating. The U2500 table tennis rating is the second highest rating category in the United States. Players from within the states and around the world participate in this category.

At the group round robin stage were three players ‒ Abrefa, Chang Chen and Ainish Dassarma. This was a group of established players and only two players would move on to the quarter final stage.

Derek was first in the group after keenly contested matches. He won 3:0 against Chang Chen and 3:0 against Ainish Dassarma.

At the quarter final stage, he played Charlie Wang, whom he dispatched in four matches‒ 7:11, 11:6, 11:9, 11: 9. At this stage, players, officials and spectators took note of him. His unique and powerful playing style captivated spectators.

News of the Ghanaian table tennis star and his performance had spread at this stage of the tournament which made the final match a much anticipated encounter.

Ange Cedric Oba, an Ivorian number one professional player, was the opponent in the final. An experienced player who is ranked 673 in the world showed signs of his current form by winning the first two games. However, Derek rediscovered his rhythm and fought his way back in the third game to win at 12: 10. The game ended in three games to two in favour of Derek Abrefa of Ghana – 4: 11, 9: 11, 12 : 10, 14 : 12.

In an interview, he said, “I thank God for this great victory. I also want to use this opportunity to thank Stanbic Bank Money wallet for this training tour.”