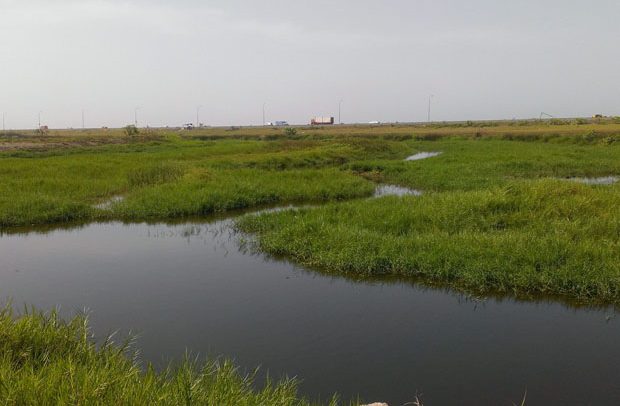 The announcement that action would be taken to reverse the deteriorating state of the Ramsar Site in Accra is music to lovers of nature.

No amount of money or energy would be too much for the preservation of this priced Sakumono Lagoon wetland, a treasure trove of international significance. If we have nothing to do to enhance it, we should not engage in destructive acts such as altering the natural state of the wetland.

This is one of the many features of nature whose alteration through reckless construction and other human activities, will only expedite the climate change phenomenon.

Ghana is endowed with a few wetlands but the one on the way to Tema is the most threatened.

When the authorities lose their guard and the creeping developments by influential persons, gathers momentum, the state of the place will change completely and we would have lost an invaluable nature’s trove.

The turtles and migratory birds which have been visiting this treasured wetland for as long as the location existed would perish because of mankind’s interference with nature. After all, the visiting animals have not known alternatives to the place and have always followed the instincts imbedded in their DNAs.

The deforestation of the Amazon, the repercussions of which are already impacting negatively on the rest of the world, directly and indirectly is enough to warn us to stop the wetland destruction.

Our selfish attitude towards nature represents a show of gross disregard to future generations. The unfolding development is not being heralded by comets, but when immediate reversal action is not taken now, posterity would judge us harshly.

When matters of nature crop up, there is a worrying level of indifference.

There does not seem to be any effort at protecting the wetland as churches and residential structures are silently popping up with the acquiescence of some state officials.

We have heard about how some people have used the courts to lay claim to what does not belong to them on these protected lands. A story has been told about how a man put pieces of wood together as the nucleus of what today stands as a thriving church within a section of Ramsar Site under review.

Direct reference to some of the portions now being occupied in textual form has had some fingers burnt. That is how crusaders of our wetlands have been silenced even as the Ramsar Site land grab continues and consistently so.

It was relieving therefore, when the Greater Accra Regional Minister, Henry Quartey, sent a warning to encroachers of the land that “we are coming”.

We should all support him to protect the Ramsar Site and allow it to serve the purpose for which nature endowed us with it.

A Ramsar Site is an internationally rated wetland a feature not all countries have. Needn’t we preserve this gift of God? We want to see action now.