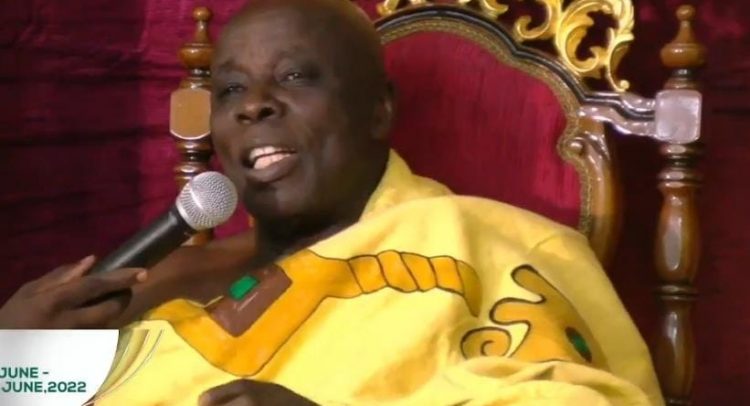 The Okyenhene Osagyefuo Amoatia Ofori Panin has cautioned public servants to stop using their offices or positions to boast about themselves but rather work hard to serve the needs of the citizenry.

According to the Okyenhene, “if somebody gives you a position to do a particular work, all that you have to do is to serve, it shouldn’t have to be the case that after you have been appointed as a minister and the people call on you then you turn your back to them”.

The Okyenhene explained that “What worries me is that they don’t understand if you are appointed to be in a particular position, you are a public servant, Nana Addo appointed you not because of your beauty or you’re intelligent but he appointed you to serve, serving in Ghana is quite advantageous than elsewhere”.

He continued that “When you become a minister, you are giving a house for free, 2 or 3 cars for free, you travel for free, you won’t pay for electricity, you won’t pay for fuel all that you are required to do is to help Nana Addo to serve but some of them don’t know this, so when you hear them saying ‘ooh’ do you know who I am? I say yes you are a public servant that’s who you are”.

Osagyefuo Amoatia Ofori Panin made the comments when a team from the NHIA led by the Chief Executive, Dr. Bernard Okoe Boye paid homage to him to officially seek his support and advice since he was appointed as the CEO of the Authority by the President.

Speaking further, the Okyenhene, explained that a good servant believes in modesty and humility therefore whoever wants to be great should be a servant to others.

He also urged public servants not to chase material wealth when they are appointed to serve the country but rather leave a good legacy for the country that will affect the generation unborn.

Osagyefuo Amoatia Ofori Panin applauded the government for the introduction of what he described as “future benefit policies” such as Planting for Food and Jobs, free SHS, Ghana Beyond Aid and rest, asking the government to review the condition of service of the Ghana Medical Service in order to retain most of the doctors who are trained in the country to work for mother Ghana.

The Chief Executive Officer of the NHIA, Dr. Okoe Boye said the Okyenhene has always been his backbone at any given time hence it is imperative to accord him the needed respect to officially seek his blessings and support following his appointment as the CEO of the NHIA and it doesn’t come at any good time than the period when Okyeman is preparing to celebrate the Ohum festival.

Dr. Okoe Boye’s visit to the Okyenhene was accompanied by his two Deputy Chief Executives and other management members.