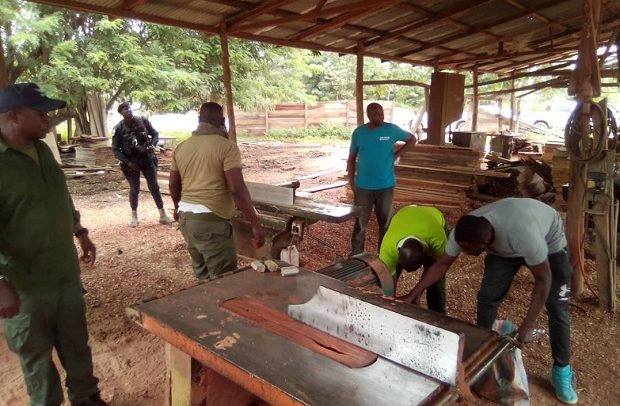 MACHINERY belonging to ten unlicensed sawmill operators at Nkrankwanta in the Dormaa West District of Bono Region have been confiscated.

The operation was done by a combined team of police and the military personnel led by the Timber Industry Development Division (TIDD) of the Forestry Commission.

The team also seized wood products from the illegal saw millers and sent them to the regional office of the TIDD in Sunyani for further investigations and prosecution.

Some of the wood products seized from them were mansonia beams, wawa boards, Ofram, mahogany boards among other species.

According to the head of TIDD in the Bono Region, Kofi Abban Bonsu, some 20 motors (wood mixers) of ten illegal saw millers were removed from their workshops and brought to Sunyani.

He said the operation is intended to stop the illegal operators and help the TIDD to prosecute them to serve as deterrents to would-be offenders.