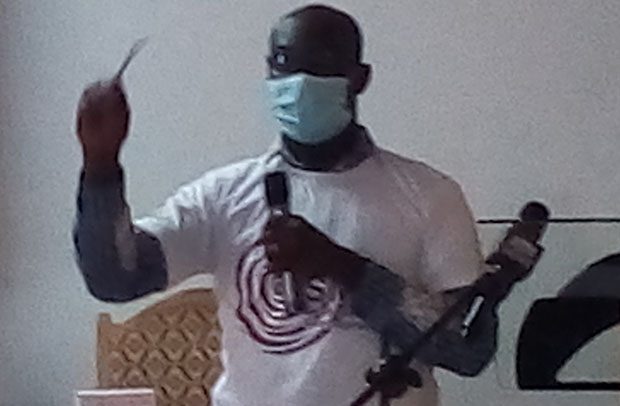 The five districts targeted for the Seasonal Malaria Chemoprevention (SMA) as it is called include Kintampo North, Kintampo South, Pru West, Pru East, and Sene West.

At a stakeholders workshop last Friday at Kintampo to sensitise participants drawn from the Ghana Health Service, the Ghana Education Service, chiefs, District Chief Executives, the Bono East Regional Health Director, Dr. Fred Adomako, urged all parents within districts to avail their children in that age category to take the doses.

He said it is being administered by volunteers beginning July 26, 2021 till October.

He noted research has shown that the selected districts have a lot of mosquitoes, especially during the rainy season, and that brings about malaria.

He said the government and its development partners such as the World Health Organisation (WHO) have decided to administer the Seasonal Malaria Chemoprevention as a sort of vaccine against malaria for children under five years.

“This is the first time the region has benefitted from SMC though it has been in existence since 2016 in regions of the north,” he disclosed.

Dr. Adomako also used the occasion to advise participants to educate the public on the need to continue to follow the coronavirus protocols since the disease is spreading fast in the region.

According to him, within a spate of two weeks the region has recorded 77 new cases, saying the situation is becoming scary.

A Deputy Director of Public Health in the region, Dr. Paulina Clara Appiah in a presentation indicated that, the children would take three doses of the drug for three days and have 28 days break  (intervals) for four rounds until October when it ends.

“The drugs would stay in the blood so that even when children get mosquitoes bite, they will not get malaria. It is cost-effective and feasible,” she to the participants.

Bono East Regional Minister, Kwasi Adu Gyan, who was the special guest of honour, urged Municipal and District Chief Executives and chiefs in the selected districts to support the exercise to make it a success.