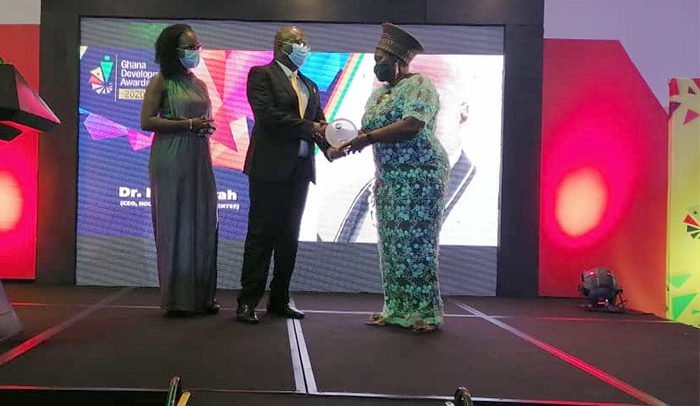 THE Executive Chairman of the Holy Trinity Medical Centre, Dr. Felix Kwaku Anyah, has received a pioneering award for his leading role in the integrated healthcare sector.

He received the award on Saturday, September 12, 2020 at the Ghana Development Awards ceremony organized by the Business Executive Limited, Publishers of the monthly magazine, held at the Marriott Hotel in Accra.

The Ghana Development Awards (GDA) scheme honours institutions and personalities in both the public and private sectors for their immense contribution to the growth of the Ghanaian economy.

The GDA ceremony, which is held once in every four years, is also used to identify foreign personalities who have proven exemplary leadership in their field of endeavour, and the award is considered one of the prestigious award schemes in the country.

Dr. Anyah received the award for his pioneering role in the integrated healthcare sector, and he was honoured alongside other personalities in 85 categories. 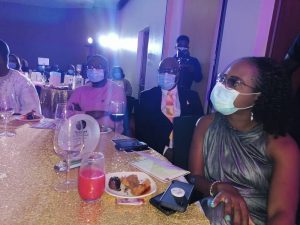 His latest award is adding to the collection of the Holy Trinity Executive Chairman, who has several other awards under his sleeves in several fields of medicine owing to his exemplary leadership and management culture at the Holy Trinity Medical Centre and the Holy Trinity Spa.

Dr. Anyah has also won several humanity awards for his great generosity and also touching lives in Ghana in the area of health/medical tourism, integrative medicine, business excellence in healthcare, leadership in health sector, and management in health sector.

Since 2015, he has served in various capacities, and he was the first board chairman of Health Facilities Regulatory Agency, and moved up to become the Chief Executive Officer (CEO) for the Korle Bu Teaching Hospital in 2017.

In 2018, he won the overall best award for the CEO category and again won five best healthcare CEO awards from different organizations, besides being voted the most respected CEO in the health sector in Ghana for the years of 2018 and 2019.

Speaking after the award ceremony, Dr. Anyah said he had placed emphasis on three key pillars over the past 33 years and mentioned them as the retraining of health practitioners, disease prevention and health promotion.

According to him, the building of capacity of health personnel has helped the Holy Trinity Medical Centre to grow over the years and encouraged others to emulate it.