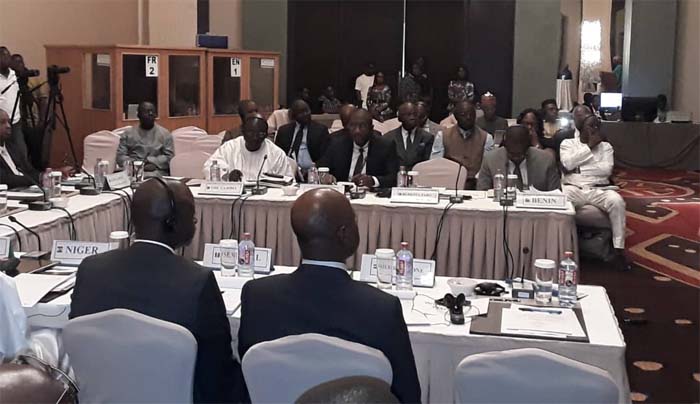 TRADE MINISTERS from the Economic Community of West African States (ECOWAS) have met in Accra to deliberate on the validation of the Automotive Industry Policy Framework for the subregion.

The meeting held at the Kempinski Hotel on Friday, May 10, had in attendance Ghana’s Trade and Industry Minister, Alan Kwadwo Kyeremanteng; Minister of Industry, Trade and Investment of the Federal Republic of Nigeria, Aisha Abubakar, among others.

The ECOWAS Automotive Policy Framework is rooted on the experience of the Nigerian Automotive Industry Development Plan (NAIDP), which commenced in 2013.

Prior to the inauguration of NAIDP, Nigeria was importing all its vehicles needs in Fully Built Units (FBUs).

That situation was deemed not sustainable due to high import bills occasioned by the large population of the country.

Speaking at the meeting, Madam Abubakar said “more so, it became evident that we were exporting all forms of jobs in the industry, as there was no value addition to the country’s various raw materials that can ordinarily support the development and growth of the Automotive sector.”

She indicated that the NAIDP implementation led to significant improvement in value addition and recorded some successes.

This included the registration of about 58 companies in Nigeria to engage in assembly, some of which have commenced operations.

Taking inspiration from the success story of NAIDP, she urged that “it is imperative to emphasize the need for all member countries to work in unison towards the implementation of the ECOWAS Automotive Industry Policy Framework for the betterment of the entire sub-region.”

According to her, “there are many inherent benefits for all member states; which include the Principle of Cut-Away Part that provides enormous opportunity for all countries to take advantage of.”

She said “for Instance, in the ECOWAS countries, a country that has potential for rubber plantation may set up a tyre manufacturing plant; a country that is rich in plastic raw material can benefit as a supplier of vehicle seats; similarly a country that has vast availability of used vehicles can set up a car recycling plant or a scrap metal plant.”

She added that “also, also a country that has a large deposit of crude oil can set up a refinery. Suffice it to say that an automotive policy has the potential to support the whole region based on individual strengths and value propositions of the different countries as having been identified.”

She observed “it is, however, important to remind us that the Automotive Industry follows market growth internationally. A good case in point is what took place in China which was then a small market compared to Japan, USA and Europe but have largely improved production via a joint venture with global players.