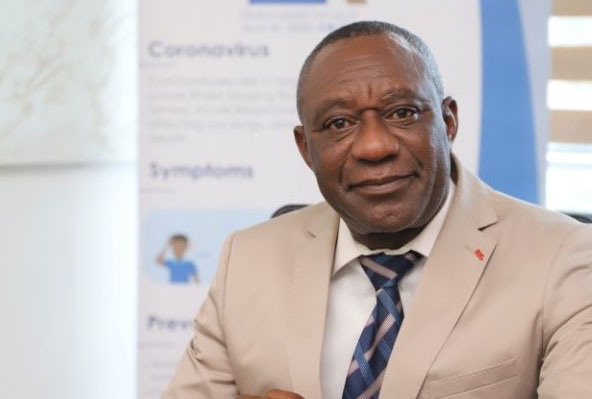 The Executive Director of Environmental Protection Agency (EPA), Dr. Henry Kwabena Kokofu, has said they will deal ruthlessly with unscrupulous persons who engage in illegal sand winning and sand smuggling activities along the coastal areas of the country.

He said some unscrupulous persons have been going to the beach to win sand for sale and even smuggle some to neighbouring countries although sand winning at the shores has been banned.

He said the winning of sand at the beaches is a direct cause of erosion along many shorelines and is very damaging to the beach fauna and frequently causes environmental damage to other coastal ecosystems.

Dr. Kokofu gave the warning when he was speaking at this year’s World Oceans Day which was marked in Sekondi on the theme, “The Ocean: Life and Livelihoods.”

The day is to help raise awareness about the negative impact of human activities in the oceans and to provide the opportunity for people to reflect on the benefits that the oceans provide.

He said illegal sand mining endanger the lives of the people residing along the beaches and even those residing many miles away.

He said the oceans produce at least 50 per cent of the planet’s oxygen and it is home to most of earth’s biodiversity and the main source of protein for people.

“We also derive a source of livelihood from other uses of the ocean such as transportation, crude oil extraction and recreational centres,” he said.

The Minister of Environment, Science, Technology and Innovation, Dr. Kweku Afriyie, who was represented at the programme, said that the ocean is key to the world’s economy with an estimated 40 million people being employed by ocean-based industries.

He said it is the responsibility of all to manage the ocean and its related resources in a sustainable manner for posterity.

He bemoaned the fact that in some environments, the ocean had become the dumping ground for plastics and offloading of hazardous chemicals which has the tendency to pollute the ocean and has resulted in numerous diseases.

Chairman of the Parliamentary Select Committee on Environment, Science and Technology, Emmanuel Marfo said the ocean covers over 70 per cent of the planet and supports humanity’s sustenance and every other organism on earth.

He said the degradation of coastal wetlands as a result of encroachment and dumping of wastes has led to massive pollution.