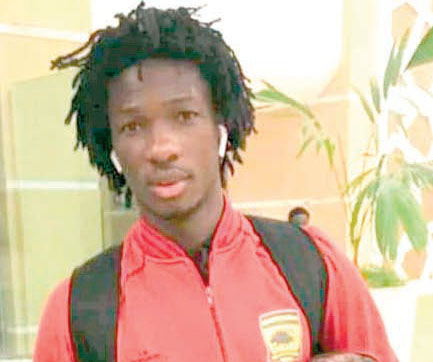 Striker Sogne Yacouba has expressed disappointment after he was omitted from the Asante Kotoko squad travelling to Tunisia for the CAF Champions League game against Étoile du Sahel.

Yacouba, who was the star of the Porcupine Warriors in the CAF Confederation Cup last season, was reported have been dropped because of injury.

But the Burkinabe has refuted such claims, insisting he is very fit.

“I am very fit and do not know why I was dropped from the squad to Tunisia. The coach named his squad and I wasn’t part of it,” Yacouba told Kumasi FM.

“The coach did not give any reason for axing me from the squad. You cannot assess me with just ten minutes of play against Étoile du Sahel,” he stated.

The Porcupine Warriors hold a 2-0 lead from the first leg in Kumasi and would have to avoid a heavy defeat to progress to the next stage of the competition.