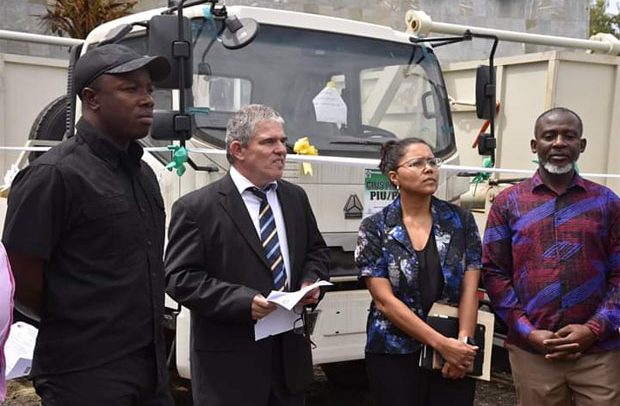 The European Union (EU) has responded urgently to the poor sanitation in Liberia’s capital, Monrovia.

Following days of sharp criticisms against the ruling CDC administration for poorly managing the sanitation situation in Liberia’s capital, the EU has donated some vehicles to enhance the capacities of the Monrovia City Corporation (MCC) and the Paynesville City Corporation (PCC) to tackle the issue of waste management and to help promote improved sanitation and hygiene conditions in the two cities.

A total of eight pickups, three frontend loaders, eight tricycles, 10 skip trucks, 8 dump trucks, 8 large dump trucks, five mini dump trucks and one bulldozer have been presented to the Government of Liberia through the MCC and PCC.

DGN Online gathered that the equipment were purchased with funding from the EU and other donors including the United Kingdom and Germany through the Liberia Reconstruction Trust Fund managed by the World Bank.

”I am confident that the city governments understand the value of the equipment we hand over today. Our aim is not only to reduce the rental costs but even more importantly to make the cities own the waste management,” said Theodorus Kaspers, Head of Cooperation, EU Delegation to Liberia.