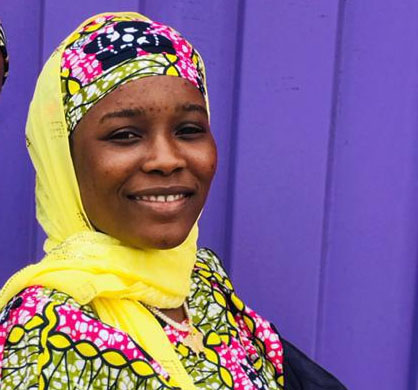 Muslims at New Fadama, near the National Chief Imam’s residence in Accra, started preparing for the burial of a 26-year-old lady on admission at the Korle Bu Teaching Hospital only to learn that the lady was alive after all.

Canopies were put up to receive the many sympathisers who had started trooping to the residence, some coming from as far as Cape Coast and Takoradi.

When it turned out that the lady, then at the ICU, after the surgery, was not dead, the story became that of “a resurrection.”
“Wonders shall never end; a dead person has resurrected,” was how the story was put out.

Her mother told DAILY GUIDE at their New Fadama residence that in the early hours of Saturday, March 19, her daughter collapsed after complaining of ill health and was rushed to the Lapaz Community Hospital in Accra.

According to the mother, she was later transferred to the Korle Bu Teaching Hospital, where she was informed by the doctor that the lady had suffered a brain injury when she collapsed, and so, had to be hospitalised for some days.

Continuing, she said the doctor administered some drugs on her and informed them that since the lady was not responding to treatment, she may be moved to the cold room after 24 hours, which ended at 8:00pm on Thursday, March 23, 2022.

She stated, “Myself and my sister, who was taking care of her, decided to go home and prepare ourselves to come back and pay some bills since we had paid just about GH¢1,200.00 out of the GH¢7,000.00 bill we were supposed to pay.”

Furthermore, she said around 6:00pm, they left the hospital and did not return.

They were, however, informed on Thursday, March 24, by the lady’s auntie and two other boys that the lady had died since she was not seen on her bed.

She said they were told, prior to her ‘death’, that she would be transferred to the cold room after 24 hours if her condition remained the same.

According to her, one of the hospital staff she knew asked them to proceed to pay the necessary bills before her daughter was transferred to the mortuary, as it was obvious that she had died.

The mother said she received a call from her sister who said the pulse of the patient was being felt and so she had been moved to the ICU.

According to her, she followed up and it was indeed true that her daughter had ‘resurrected’. She had to break the news to family members who had come from Takoradi and Cape Coast to witness the burial.

Meanwhile, her fiancé, who collapsed upon hearing of the fiancée’s death, had regained consciousness at the time DAILY GUIDE visited the family residence.

According to another source with links to the family, no doctor certified the patient dead, and it was all miscommunication by one person, which caused the panic and the so-called ‘resurrection’ narrative.

According to him, “she was referred to the Korle Bu Teaching Hospital where after surgery; she was eventually sent to the ICU and monitored, as she was on a ventilator. There was a conference call with the family, during which they were told that her chance of survival was slim. On Thursday, the family was told that she was not responding to treatment and was brain dead. They were told that in eight hours time if the condition persisted she will be taken off the ventilator and eventually certified dead. I was called and told by a family member that she was no longer breathing. They did their own calculation based on what they said a staff of the hospital had told them about when she could possibly die if her condition persisted, and drew their own conclusion.

“She had actually gone off. At about 5pm on Thursday, her death was announced and preparations for her burial began. A relative was at her bedside and relayed the false information that she was no longer breathing and was going to be taken to the cold room.”

The Delightful Idleness Of Youth